Karnataka Masjid Case: After Gyanvapi, this mosque in Karnataka is in a ruckus, Hindu side claims, ‘Masjid built by demolishing Hanuman temple’ 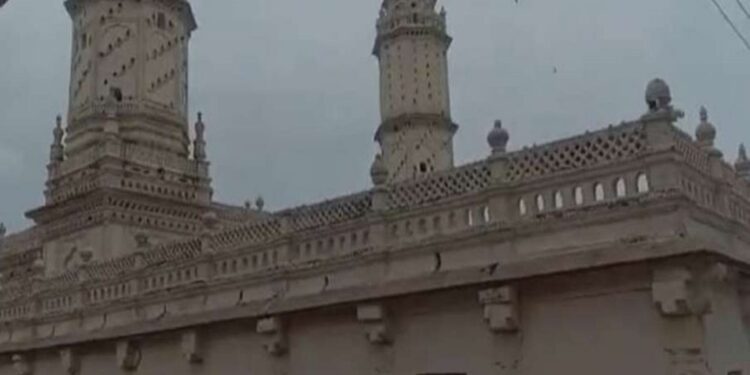 New Delhi. After Varanasi in UP, now Jamia Masjid located in Mandya, Karnataka has been claimed to be a Hanuman temple in the past. After which the right-wing groups have submitted a memorandum to the commissioner and sought permission to perform the puja. Right-wing groups have reportedly claimed that there is enough evidence to prove that there was a temple at the site later. After which it was demolished and given the shape of a mosque. Please tell that the people of the Hindu temple have claimed to have a pond in the mosque, which is said to be connected to the mosque. The Hindu side has demanded a bath in the pond located in the mosque. Not only this, Tipu Sultan also wrote a letter to the Caliph in this context.

However, now once again this matter has been raised by the Hindu side at a time when the petition regarding Gyanvapi Masjid in Varanasi is pending in the court. The three-day survey has been completed on the directions of the court. Many such evidences have been claimed in the survey, which strengthen the advocacy of having a temple at the said site. In this episode, today i.e. on Monday, it has been claimed to have a Shivling in the south part of the mosque. But the people associated with the Muslim side are completely rejecting the above claim. Now the survey report regarding this will be submitted to the court tomorrow. Now what is the truth of Gyanvapi Masjid in such a situation. The court will decide it on the basis of the collected evidence. But at present, on the instructions of the petitioner, the security arrangements have been tightened at the place where the Shivling has been claimed to be found. Now in such a situation, what does this whole matter take in future. All eyes will be on it. Till then, keep reading to be aware of all the big news of the country and the world. AnyTV post.com