Lo, now couples will be able to enjoy private moments in the airplane; This airline has come up with a special offer!

by AnyTV
in Latest News, World
Reading Time: 1 min read
0
A A 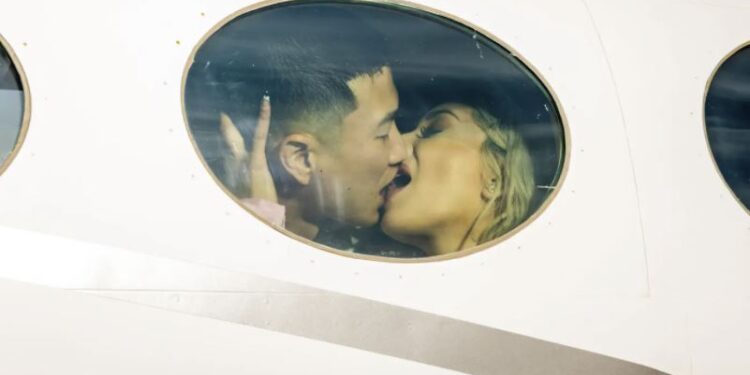 In the modern era, businessmen come up with new offers to increase their business and attract customers. In this sequence, an airline from Las Vegas, America has come up with a special offer in which couples will be able to enjoy private moments while flying in the air.
According to a report in the New York Times, this airline has announced to start a special 45-minute plan for its customers. The couple taking advantage of this offer will cost around ₹ 75000. Under this facility, a separate room-like space will be provided to the couple in the aircraft. The company has named this plan as Love Cloud. The company says that it wants to give a different experience to its customers, at the same time it wants people to have cordial relations and if their customers want, it will also arrange for some people’s food from getting married in an airplane .
A special aspect is that while flying this aircraft, special guidelines have also been set for the pilot. During the entire flight, the pilot will wear headphones and care will be taken to ensure that the passengers are not disturbed during the 45-minute fight and their privacy is maintained. The plane will fly to Las Vegas and keep circling in the air for its stipulated time without going too far. According to the report, on January 15, Brendan Nuyen traveled with his wife and Katherine Nuyen on the plane to the establishment of the airline.