Matrimonial fraud: Tahir Khan had cheated 100 girls by making a relationship with the marriage site, got caught by the police 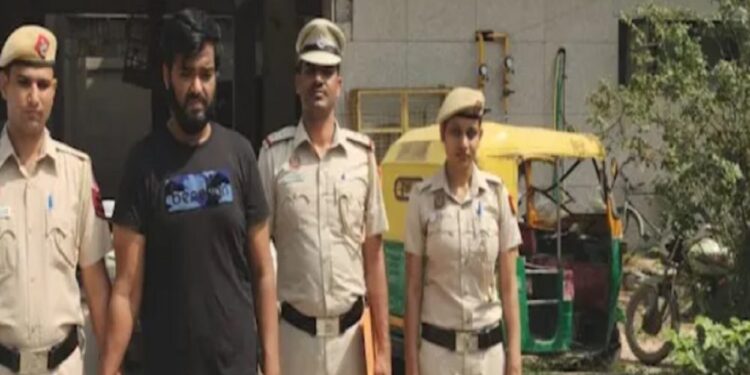 Matrimonial sites made in search of a good partner have become a means of cheating these days. Cases of cheating on the pretext of marriage are increasing in the country. If you are also looking for online relationship then this news will force you to be alert. Today’s dazzling world blinds us and if it comes to love, people become even more blind and taking advantage of this, this thug seen in pictures used to entrap women in their nets, they used to get their expensive car. , by roaming in expensive phones and big hotels, would have made such a blunder, which, as a life partner, would hardly have been known to the girls who were mingling, this vicious thug named Farhan Tahir Khan targets working women, high profile girls. Was. The most surprising thing in this is that Tahir Khan, a professional cheater, has studied only till 12th and used to call himself a top businessman who has studied MBA and engineering. Farhan Tahir Khan is actually a resident of Chhattisgarh and used to make money from girls in different states of the country by trapping them in his clutches. Tahir Khan stays in expensive hotels, goes to expensive gyms and travels around in a BMW car with a VIP number.

Also Read  BMC inspected the flat of Rana couple, then found these big flaws, now such action can be taken

A thug, who targeted working women, high profile girls, has been arrested by the Cyber ​​Police Station of Delhi’s South District, working women used to contact high profile girls through a website to find a partner for marriage. Then by showing them his profile, money, he takes them in the guise and after coming to the trust of the women, he used to charge a huge amount from them on the pretext of gift, citing any important thing. Recently, the victim of this cheater was a female doctor working in one of the biggest hospitals in Delhi. She gave its complaint to the police on 26 March and on the complaint of the same woman, DCP Benita Mary Jacker formed a team under the supervision of Additional DCP Harsh Vardhan to investigate. After tracking this accused for 18 consecutive days, this team finally managed to arrest him. When the arrest was made, it came to know that this thug has victimized women from more than a dozen states including Uttar Pradesh, West Bengal, Punjab, Madhya Pradesh, Rajasthan, Gujarat, Kerala, Karnataka, Orissa and it has been like this for the last 6 months. was carrying out the fraud case.

After meeting the women, he would first show them his money, then narrate an emotional story and tell that his parents had died. There are no siblings, he is the only one. Because of which women and girls used to fall prey to it. Taking advantage of this, he used to befriend them, after meeting him a couple of times, when he used to extort money from him, after that he used to end the conversation with him. At present, the interrogation of this vicious thug is going on, the police are hopeful that more information can come out after interrogation.