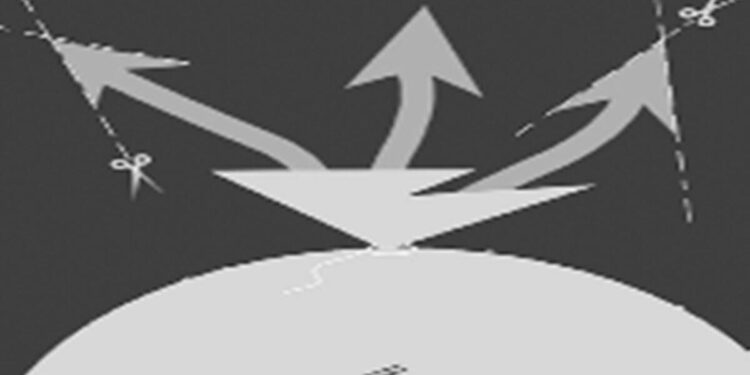 There is no constitutional provision to provide free facilities to the public by political parties. The thinking of far-reaching economic development is not in this favor. It is also being seen in many states that more emphasis is being given on the sale of liquor to increase the tax collection, because at present they do not have other sources of income generation. Has this idea of ​​populist economic development not turned the society on a disastrous path?

The policies of economic development deviate from their goals when they are dominated by political thinking and its benefits. Ultimately, the poor people get separated from the mainstream of development due to this and gradually the economic conditions start getting reversed. In the last few years, a new political outlook has emerged on the economic development front. Now every ruling party wants to capitalize on populist development through public welfare schemes, the real basis of which has become ‘free distribution’ of some goods and services. This political thinking of free distribution is inviting economic misery.

It is also true that our democracy is public welfare oriented. Its aim is to make economic development of the society and to provide maximum benefit of it to the poor section. Therefore, the idea of ​​distributing free seems to be justified in this context. It is in the interest of the society to make goods and services available at low prices or at subsidized rates. It is also appropriate to give subsidy, because there are many such areas, which are always in need of government financial assistance. Agriculture sector is the main among them. Similarly, the development of Dalits is also important.

On the other hand, when it is seen on the side of economic analysis that all the ruling parties are trying to implement their populist promises through financial loans to keep their future strong. What’s more, many invest the money saved by lack of development in important schemes such as education, health, infrastructure and services in free schemes. That’s why these free plans seem completely unfair.

This concern is also evident in a report submitted by RBI. In the present scenario, the economic condition of ten states is in turmoil, as the ratio of their financial debt to the GDP of the state is increasing very much. In all this the situation in Punjab is dire. Other states are Rajasthan, Bihar, Jharkhand, West Bengal, Kerala, Andhra Pradesh, Madhya Pradesh, Uttar Pradesh and Haryana. Apart from this, the fiscal deficit of these states (other than Uttar Pradesh and Jharkhand) in the financial year 2021-22 was more than three percent of their GDP.

In these states, interest payment on loans has been more than 10 per cent of the revenue. In the year 2019-20, only eleven states were in financial profit. Punjab is in a lot of discussion these days because of the free facilities (electricity, water etc.). According to the data, various types of facilities provided for free in the year 2022-23 are estimated at 25.6 percent of the GDP of the state, while it is 17.8 percent of the financial income and 45.4 percent of the tax collection is estimated. This figure is an indicator of worry and panic on the economic growth front.

This populist move is wrong because it badly affects economic policies. On the contrary, today there is a need for all the states to rapidly develop the infrastructure of digital technology and social facilities and to make economic policies job-oriented, paramount. Due to these free distribution schemes, the capital expenditure of the states is continuously decreasing, due to which new assets are not being developed and income is not increasing. This thinking is the door to a huge economic crisis of the future.

According to the data, the total expenditure on various subsidies given by the states has increased from 11.2 percent in the financial year 2021-22. Jharkhand, Kerala, Odisha, Telangana and Uttar Pradesh have been prominent on this side in the last three years. Another point of concern presented in the report is that since the last few years, the financial burden of doubtful liabilities of the states has been increasing continuously, under which various state government bodies are taking financial loans, which are being guaranteed by the state governments. According to the Taj report of Crisil, under the financial year 2021-22, the doubtful economic obligations of the states have become equal to 4.5 percent of GDP. The main role in all this is of the State Electricity Department, whose share is coming forty percent. Among others, the main sectors are irrigation, infrastructure development, food and water supply.

The fiscal deficit of some states is increasing continuously. It is clear that the gap between the income and expenditure of the states is continuously widening. According to the RBI report, the fiscal deficit in Andhra Pradesh, Bihar, Rajasthan and Punjab was above the level fixed by the Fifteenth Finance Commission in the year 2020-21. On the other hand, there is a continuous decrease in the collection of own tax of these states, which is worrying. According to the data of the RBI report, the condition of Bihar among these ten states is very worrying, as its own tax collection is only 23.5 percent of the total tax collection in the last five years, while its dependence on the Center is about 75 percent.

According to the data, the percentage of central transfers and grants on an average for the years 2017-18 to 2021-22 has been above fifty percent in West Bengal, Uttar Pradesh, Madhya Pradesh, Jharkhand and Bihar. Moreover, the percentage of non-tax revenue has been the lowest in West Bengal in the last five financial years. In Rajasthan, the contribution of 43 percent is for own tax collection. About 45 per cent is contributed by central transfers and grants and the remaining 11.4 per cent is contributed by non-tax revenue. The expenditure on salary, pension and interest is being spent in large quantity in the expenditure of these states, due to which the expenditure on development schemes is continuously decreasing. In the last two financial years, the impact of Corona has also been bad at the economic level. Meanwhile, bringing back the old pension scheme after eighteen years is also a question on the successful economic planning of the future.

There is no constitutional provision to provide free facilities to the public by political parties. The thinking of far-reaching economic development is not in this favor. It is also seen in many states that in order to increase the tax collection, more emphasis is being given on the sale of liquor, because at present they do not have other sources of income generation. Has this idea of ​​populist economic development not turned the society on a disastrous path? Will the next generation get financial security? Various government bodies of the states related to welfare schemes, whether it is related to transport, electricity and water, they do not have any economic plan related to it. They have to bear this loss directly. Gradually this economic deficit becomes their financial inefficiency and later the government gives priority to their privatization under economic reforms.

Now the economic situation of some states, which is becoming increasingly opposite, will have to be handled immediately. Neighboring Sri Lanka is a living example of how foreign debt ruined it. India’s economy today has its own identity at the global level, but the deteriorating economic condition of the states is becoming a sign of panic for foreign investors. It has to be stopped immediately, otherwise the effects of this crisis will soon be visible on the economic condition of the country.