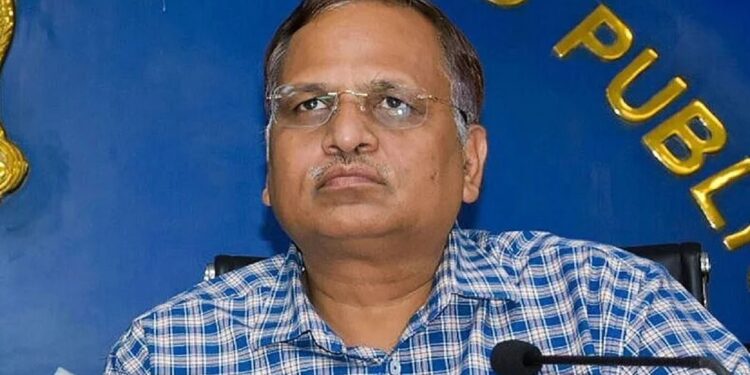 Let us tell you that in the video of Satyendar Jain that has gone viral, it can be clearly seen that the person who is seen massaging Jain in the video Fujet is not a physiotherapist, but a prisoner who is in Tihar Jail in a rape case. I am closed. AAP claims that Jain was undergoing physiotherapy. Please tell that Satyendar Jain is in judicial custody for the last 5 months in the money laundering case. Meanwhile, another video of Satyendar Jain surfaced in which he is seen eating fruits and dry fruits inside the jail. While Jain has accused the jail administration of not providing food properly.

#BreakingNews: Special Judge Vikas Dhull, Rouse Avenue Courts Delhi, directs jail authorities to file a response by tomorrow on #SatyendarJain plea to restrain media from publishing any footage from inside the cell of the jailed minister.@AamAadmiParty @TheRahulMehra @dir_ed pic.twitter.com/bED68w18qi

Satyendra Jain getting facilities like any resort in Tihar: Meenakshi Lekhi

Let us tell you that taking a dig at this viral video of Satyendar Jain, Union Minister Meenakshi Lekhi on Wednesday alleged that Aam Aadmi Party (AAP) leader and Delhi minister Satyendar Jain is getting resort-like facilities in Tihar Jail. Some new videos of Jain, who is lodged in Tihar Jail, surfaced on Wednesday, in which he can be seen eating fruits and raw vegetables in his cell. Lekhi made this statement a few hours after this video surfaced. At this time, before the Gujarat elections, such allegations against the ministers of Delhi’s Aam Aadmi Party do not seem to be a good sign for the party.