by Amit Tripathi
in India, Latest News
Reading Time: 3 mins read
3
A A 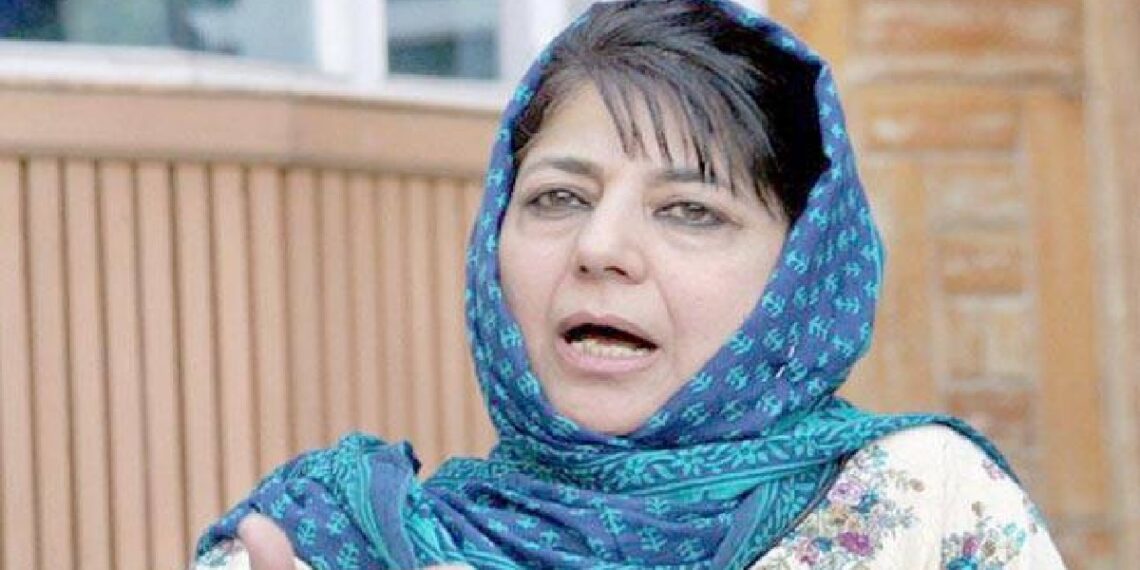 new Delhi. PDP chief Mehbooba Mufti has made a big announcement regarding Congress leader Rahul Gandhi’s Bharat Jodo Yatra. What has he announced regarding the visit of the Congress leader. Next we will tell you about it in detail, but before that you should know that after completing the first leg of the yatra in the capital Delhi, the yatra has been given a break for a week. After a week’s break, the yatra will be taken to the Delhi-UP border on January 3. However, Mayawati along with Akhilesh in UP have flatly refused to join the yatra.

It may be noted that last days Akhilesh Yadav and Mayawati were also sent invitation letters from the Congress to participate in the yatra, after which Akhilesh expressed sympathy for Rahul’s yatra while addressing the media. But it was also said in question tone that who will remove BJP? Let us inform that earlier Rahul Gandhi has made it clear that this yatra is not of any particular party. Earlier, leaders of opposition parties in Maharashtra and Karnataka have also participated in the yatra. Let us tell you that at the end of this month, the yatra will go to Jammu and Kashmir, where Rahul Gandhi will hoist the tricolor flag at Lal Chowk, which will be a proud moment for every Indian. On the other hand, what has the PDP chief said about Rahul’s visit. Let us tell you. In fact, PDP chief Mehbooba Mufti has supported the Bharat Jodo Yatra. He tweeted, “I have been formally invited to attend Rahul Gandhiji’s Bharat Jodo visit to Kashmir today. Hats off to their indomitable courage and I believe it is my duty to stand by those who have the courage to challenge the fascist forces. Will join them in their march towards building a better India.” Please tell that this tweet of his is now going viral very fast. Along with this, he has taken a dig at the BJP. Come, let us tell you further what he has said in order to target the BJP.

I’ve been formally invited to join @RahulGandhi ji for his Bharat Jodo Yatra in Kashmir today. Salute his indomitable courage & I believe it is my duty to stand with someone who has the courage to challenge fascist forces. Will be joining him in his march towards a better India.

On the other hand, Mehbooba Mufti took a dig at the BJP and said that during the last few days, the roots of secularism in the country have weakened and fascist forces have become stronger. Mehbooba said that supporting Bharat Jodo Yatra is in the interest of the country. Apart from this, he has praised Rahul for paying tribute to Atal Bihari Vajpayee. PDP chief Atal Bihari Vajpayee was above politics. Keep in mind, earlier, during the Delhi leg of the Bharat Jodo Yatra, Rahul Gandhi had fiercely attacked the Modi government at the Center on various issues. However, now how is Rahul Gandhi’s Bharat Jodo Yatra in Jammu and Kashmir in the coming days. Everyone’s eyes will be fixed on this. Till then, keep reading to be aware of all the big news of the country and the world. anytv.com