Modi In Veraval And Amreli: Today, PM Modi’s rallies in Veraval and Amreli of Gujarat, know why these two places of Gujarat have a close relationship with him. 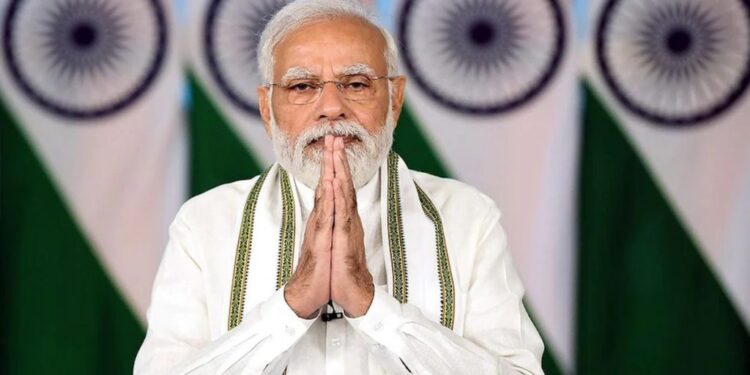 New Delhi. Voting for the first phase of the Gujarat Assembly elections is to be held on December 1. There is a contest between candidates on 89 seats. All the parties have put their energy for the election campaign. In this episode, PM Narendra Modi is going to hold many public meetings today. Today Modi has public meetings in Veraval and Amreli. Modi has an old and close relationship with both the places. Before Modi’s visit to Veraval and Amreli, some pictures are going viral on social media. One picture is of Veraval. Where Modi went to the inauguration of Shri Somnath Sanskrit University in the year 2017. This university was established by Modi when he was the CM of Gujarat for the promotion and dissemination of India’s culture and ancient language.

A page from the history books, as PM Modi travels to Veraval, Gujarat today for a rally.

PM Modi has always been thinking about the farmers as well. While being the CM of Gujarat, Modi did a lot of work for the farmers. After the formation of the central government last time, they are also giving 6000 rupees every year to the farmers under the Kisan Samman Nidhi. Modi will also address an election rally in Amreli today. Before this, pictures of his Kisan Sammelan held here in the year 2003 are going on on social media. Modi’s Kisan Sammelan has been the reason behind the boost that agriculture has received in Gujarat.

PM Modi will be in Amreli today. Some pages from the archives..

The Kisan Sammelans, which brought various stakeholders together, would go on to be one of the major contributors in making Gujarat an agricultural miracle state. pic.twitter.com/FyB7L0oKOp

Apart from this, Modi had also established Junagadh Agricultural University in Amreli in the year 2009. Then an agricultural fair was also held here to establish contact between the farmers and the sellers of fertilizers and seeds. In that agriculture fair, the scientists had told the farmers the tricks of better farming. Along with this, methods of increasing the yield by using chemicals and natural resources were also shown by many scientists in the presence of Modi. These steps of Modi while being the CM of Gujarat have resulted in all-round development of the state. Modi and BJP government have a big hand in making Gujarat the most prosperous state of the country.