Mulayam On UP Politics: ‘Fight between BJP and SP in UP…’ 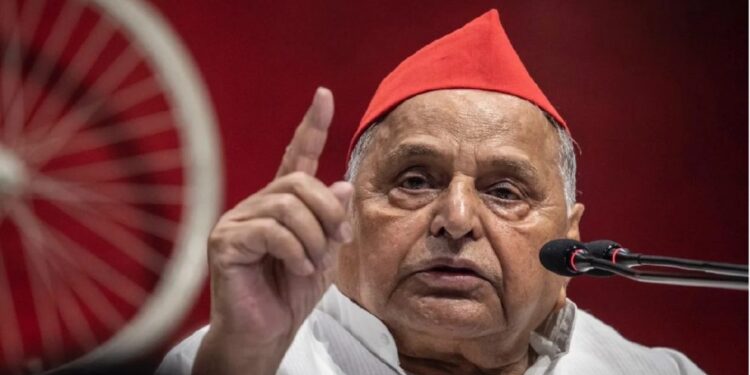 Uttar Pradesh: Recently, assembly elections were held in five states of the country including Uttar Pradesh. In these elections, except Punjab, the Bharatiya Janata Party had success in the remaining four states. Yogi government also returned in Uttar Pradesh. However, this time the Samajwadi Party in UP also gave a tough competition to the BJP. Even though the BJP got victory in this election, but now the SP has started preparing itself for the upcoming 2024 elections. Meanwhile, now SP Patron and Akhilesh Yadav’s father Mulayam Singh Yadav has started increasing political activism again.

On Friday, Mulayam Singh reached the SP office. Here in the presence of Akhilesh Yadav, Mulayam Singh tried to instill enthusiasm among the workers by interacting with them. Interacting directly with the workers, Mulayam said, “We talk about the poor, the farmers, the landless. We have the same respectful treatment with all castes. SP is discussed all over the world. Even after this some comments are being made about SP. In such a situation, your responsibility has increased a lot. If people have believed, then we will work on this belief with a firm faith.

Further, Mulayam Singh said, ‘Now the fight in the state is only between BJP and SP. The reason for this is the results of the recently held UP elections 2022. In the election, the BJP and the SP had got about two-thirds of the votes in their bag.

Mulayam Singh’s statement of SP vs BJP has come at a time when questions are being raised about Akhilesh’s leadership. Pragatisheel Samajwadi Party President Shivpal Yadav is questioning the policies and activism of the SP. Azam Khan’s dissatisfaction is also giving fuel to the politics of Lucknow after coming out of Sitapur Jail. This is the reason why Mulayam Singh seems to be explaining it to the workers in his own way.