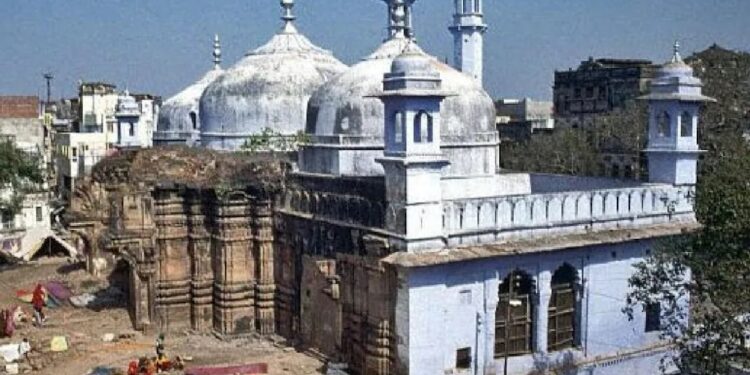 New Delhi. You must be aware that for the past few days, the issue of Gyanvapi Masjid is drenched in the flood of headlines. The issue of Gyanvapi Masjid is on everyone’s lips. From newspapers to news channels, if any issue is dominating for the last few days, it is Gyanvapi Masjid. Even if you do now, what to do? This issue itself has become so hot that due to its heat, it has been burning from journalism to judiciary for the last few days. But till now no final decision has been made public, but now in the meantime, the kind of sensational claim made by Hindu side’s lawyer Vishnu Jain, there is a possibility of a ruckus in Indian politics in the coming days.

In fact, he has claimed that the Muslim side has tried to damage the alleged Shivling found in the Gyanvapi Masjid. He said that the Muslim side is trying to convert it into a fountain. Vishnu Jain said that during the hearing in the court in the coming days, he will prove it and tell the truth behind it. Not only this, he has also demanded the removal of the artificial wall. Let us inform that he has given the above statement in the course of talks with the media. At present, this statement of his is in the headlines. After all, why not, because he has made such a sensational disclosure. However, in the context of the Muslim side, he said that these people say in public forum and in the Supreme Court that we respect the Hindu side, but see the work of their people. Does this show that these people respect Hindus?

While speaking to me on The Right Stand Hindu Paksh counsel @vishnujain3 makes a stunning charge! Alleges ‘Wilful Desecration’ of ‘Shivling’ by the Muslim Paksh pic.twitter.com/E3UTltM6Kh

Let us tell you that the lawyer for the Hindu side Vishnu Jain said that “I am telling you the truth. Shivling was in their possession to eat vaju. These people kept insulting him. In that, he broke something and made a fountain type structure. This structure is still lying in his store room. Just a few days ago these people were taking him somewhere so CRPF stopped them… So all this they have done with our god, they have done with our god, we know that, we are fighting for that. We have got Shivling. Now it is the duty of every Hindu to worship him, respect him. At the same time, during a conversation with the media, Vishnu Jain said that if the said place has been converted into a mosque by converting it into a temple, then we should get the right of worship under Article 25 of the Constitution. The lawyer for the Hindu side said that our legal team is investigating in this context.

The shivling was DR!LLED to make it look like a fountain

So first they kept quiet def!ling Shivling knowing that it was in Wazu khana & now this??

Many truths will be revealed in this context in the coming days. Let us tell you that in the past, there was a hearing in the Supreme Court regarding this whole issue. After which the top court transferred the case to the district judge, giving preference to experience for hearing. At present, the matter has been sent to the District Judge for hearing. Now on May 26, this matter is to be heard in the district court. In such a situation, it will also be interesting to see whether any decision comes from the court regarding this matter. Till then, keep reading to be aware of all the big news of the country and the world. anytv.com