New Case: Azam Khan in another trouble, court sent notice in the matter of this controversial statement 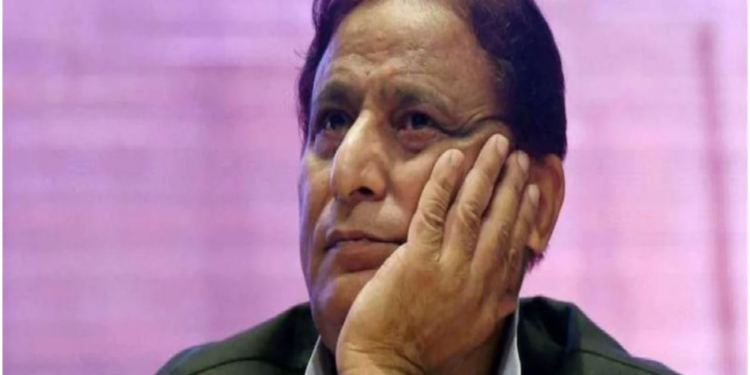 Sultanpur. SP leader Azam Khan’s troubles are not decreasing. Bail is granted in one case, then another case comes to the fore. Now the court of Sultanpur has issued notice to Azam on one of his controversial statements. Along with the former minister, the court has also sent a notice to the DM of Sultanpur, who was made a party in the case. This case is about 8 years old. Azam Khan had given a statement about the amount spent on the birthday of SP chief Mulayam Singh Yadav. In this statement, Azam Khan had said that terrorist organizations provide funds to be spent on Mulayam’s birthday.

Gyanendra Tiwari, a resident of Sultanpur, had filed a case against Azam Khan on the basis of this statement. This was then rejected by the lower court. After this, Gyanendra, through his lawyer Santosh Pandey, challenged the order in question in the sessions court. Now Judge Rajesh Narayan Mani Tripathi has sent notice to Azam and DM in the same case. The next hearing of this case is to be held on June 14. Azam Khan is currently imprisoned in Sitapur Jail due to a new case.

Since the formation of the Yogi government, 88 cases were registered against Azam Khan in different cases. Most of these cases are related to Jauhar Ali University in Rampur and possession of government property. Azam has got bail in 87 cases. In the past, the Yogi government had registered a case against Azam even for opening 3 schools through fake certificates. Due to non-availability of bail in this case, Azam Khan could not get out of jail and he had to celebrate the festival of Eid in Sitapur jail.

‘Recommendations of the GST Council are not binding on the governments’

‘Recommendations of the GST Council are not binding on the governments’

BJP people kept Ramlala in the dark of night, Satyendra Das, a priest furious at Akhilesh’s statement, said – BJP was not even formed in 49