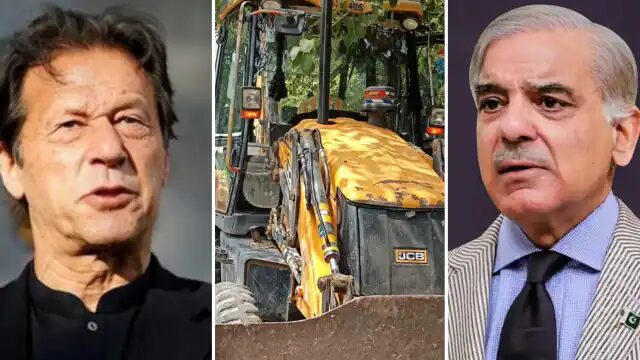 Imran Khan has been furious after losing the no-confidence motion and losing power. Now he has said that even if the police do something, he is going to Sialkot today. A Dawn report states that Imran Khan’s rally in Sialkot is a place that belongs to the Christian community and there is controversy over it. The matter has worsened after the police stopped the activists of Pakistan Tehreek-e-Insaf from preparing for the rally in the area concerned.

According to reports, when the police reached the concerned area to stop the preparations for the rally, people belonging to Imran Khan’s party staged a protest. When the matter escalated, the police fired tear gas shells and lathi-charged the protesting people. After this, Imran Khan has now said in a tweet that there is no doubt that he is going to Sialkot today.

Imran Khan has said that what the imported government did against our workers in Sialkot is outrageous but not unexpected. Criminals out on bail and convicted mafia bosses in London have always used fascist tactics against opponents while in power. They abuse democracy when they are in opposition and completely destroy all democratic norms while in power.

Imran Khan called himself a big supporter of democracy

Imran Khan has clarified that our government has never stopped any Jalsa, dharna and rally because we are committed to democracy. I will be in Sialkot today and I am appealing to all my people to come for the rally in Sialkot. We will protest against this fascist imported government by coming out of our homes.

What is the controversy regarding the venue of the rally?

According to Dawn’s report, Sialkot District Police Officer Hasan Iqbal has told the media that the local Christian community has objected to the rally on the ground, saying it is their property. He had filed a petition in the High Court, stating that there should be no political rally here. The High Court had directed the Sialkot Deputy Commissioner to hear both the sides and take a decision accordingly.

He has further told that the leaders of the political party had sought permission to hold the rally but the Christian community refused. The Deputy Commissioner had also provided options for holding the rally but people associated with Tehreek-e-Insaf are adamant about holding the rally at the same place. Rallying is a legal and constitutional right but forcibly rallying on minority community property is not justified.