Olympian Dhanalakshmi cried after hearing the news of her sister’s death, the family members kept the matter hidden

by AnyTV
in Latest News, Sports
Reading Time: 1 min read
0 0
A A 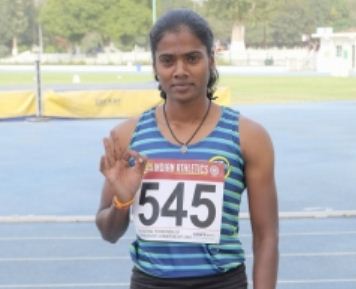 Dhanalakshmi, a reserve member of the Olympic team, was not informed of her sister’s death after her illness, as her family wanted her to focus on her work. On reaching Tiruchirappalli with his teammate Shubha Venkataraman, he was informed about his sister. Sister was a big help in his career. Dhanalakshmi got down on her knees and wept with her face in her hands.

Sprinter Dhanalakshmi Sekar, who was part of the mixed 4x400m relay team, did not know about the death of her sister while she was in Tokyo#Tokyo2020 #Olympics #athletics https://t.co/6VHsgJ1jtq

Also Read  There will be a fire in the price of petrol in Pakistan, the price may increase by Rs 119 a liter

Dhanalakshmi was a kho-kho player in her early days and a physical education teacher at school suggested her to switch to sprint and she has trained under Indian Railways athlete, Manikand Arumugam.