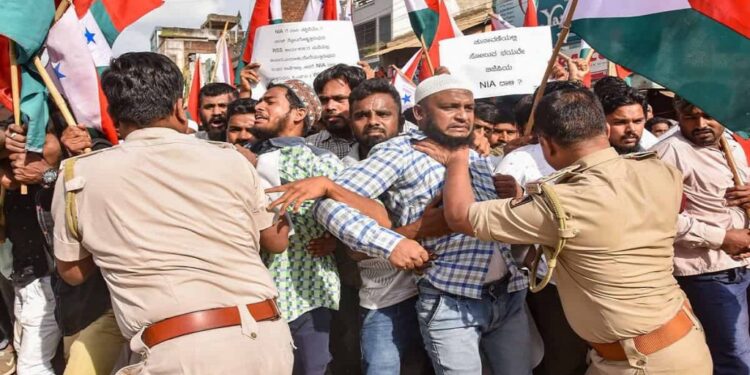 New Delhi. Recently, the Enforcement Directorate (ED) has made a big disclosure about the banned organization Popular Front of India (PFI). ED has told in the charge sheet filed in the court that PFI used to get funds from Gulf countries for anti-India activities. To get funds, PFI had also created an organized structure in Gulf countries. ED has filed this charge sheet in connection with money laundering in Delhi’s Patiala House Court last week. It is in the charge sheet of ED that PFI had partnered with many organizations and people. Money was raised illegally. This was deposited in the bank accounts of PFI as donations.

The names of those against whom the ED has filed the charge sheet are Parvez Ahmed, Mohd Ilyas and Abdul Mukeet. All three were arrested on September 22 during raids against PFI across the country. All three are in Tihar Jail. Parvez Ahmed was the chief of PFI’s Delhi unit. He used to keep an eye on getting the funds. Ilyas was the general secretary of this unit. He used to raise funds in NCR. He also contested the Delhi Assembly elections as a candidate of the banned SDPI. According to the ED, Abdul Mukit was the secretary in the PFI office in Delhi. He used to prepare fake donation slips.

Parvez and Ilyas were earlier arrested by the Delhi Police in connection with the 2020 riots. In this charge sheet of ED, irrefutable evidence has been given to the court. This also shows the dangerous intentions of PFI. It also reveals how PFI used to poison the society. Please tell that PFI documents were found in Phulwari Sharif of Bihar. In which the conspiracy to make India an Islamic country by the year 2047 was written. Apart from this, an attempt to explain methods of violence on the pretext of martial arts was also revealed.