Pig’s heart did not work in human body!

by AnyTV
in Latest News, World
Reading Time: 2 mins read
0
A A 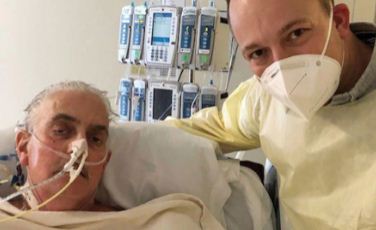 A shocking news has come out of Washington from America. Where information about the death of a pig’s heart transplant patient two months ago has come to the fore. He died 2 months after the transplant. The information of which was given by the doctors of Maryland Hospital, who were treating the patient themselves.

According to hospital doctors, the patient, 57-year-old David Bennett, had a heart failure. Due to which his heart was transplanted and he had a pig’s heart. He was the first person to be fitted with a pig’s heart. However, since then she was continuously hospitalized and she was constantly being checked by doctors.

However, a few days ago, David’s health started deteriorating and he died on Wednesday. However, the exact cause of death has not been given by the doctors. On the death of father David, his son greatly appreciated the efforts of the doctors. The son said that due to this experiment of doctors, there will definitely be good for someone or the other in the coming future. It can be a beginning to save the patient’s life by putting a pig’s heart, although it cannot be called the end.

Let us tell you that David had become crippled due to illness. Because of which he was ineligible to get a human heart transplant done in his body. In such a situation, a pig’s heart was implanted in his body. He was operated on on 7 January. The son told that the doctors had already told him that there would be no guarantee of the pig’s heart. In fact, such operations have been unsuccessful in most cases, because the human body refuses to accept animal organs and infection causes multi-organ failure in the body.

However, with this, David also became the longest surviving patient in this way. Earlier, a California girl was able to survive for 21 days after a heart transplant. The heart of the jessie baboon was removed.