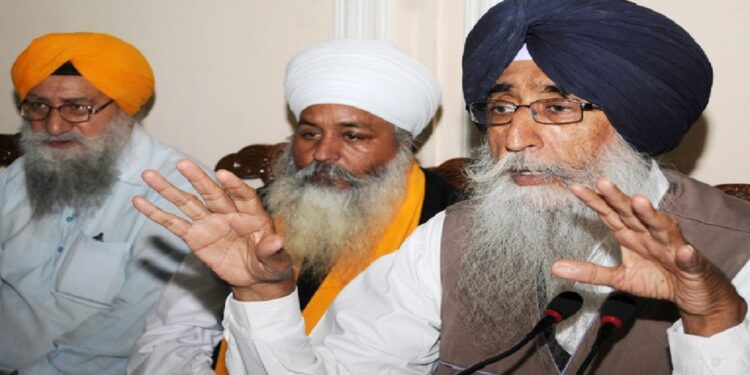 Chandigarh. Simranjit Singh Mann, a supporter of Khalistan and Lok Sabha MP from Sangrur in Punjab, has again given a controversial statement. Chief Mann of Shiromani Akali Dal (Amritsar) has demanded Khalistan. Mann also praised the Khalistani terrorist leader Jarnail Singh Bhindranwale who was killed in Operation Bluestar. Mann said in a statement in a meeting that the monarchy is as it is ruled by Muslims in Pakistan and Hindus in India. Further the MP said that we lost that day, because we did not have a leader. They had Mohammad Ali Jinnah and Jawaharlal Nehru and Gandhi. As soon as Mann made this statement, the people present there started raising slogans of Khalistan Zindabad.

Simranjit Singh Mann did not stop here. He said that the AAP government of Punjab cannot sue anyone for supporting Khalistan. He said that we have won the Khalistan case in the Supreme Court as well. Mann had also called for boycotting the central government’s request for the ‘Har Ghar Tiranga Abhiyan’. Mann had said at that time that on August 15, instead of the flag of India, Nishan Sahab i.e. religious flag of Sikhs should be hoisted. He had also said that Jarnail Singh Bhindranwale was martyred while fighting the enemy’s army.