Punjab: Bhagwant Mann and Kejriwal used to talk about getting Punjab out of debt, but took a loan of 8000 crores as soon as the government was formed 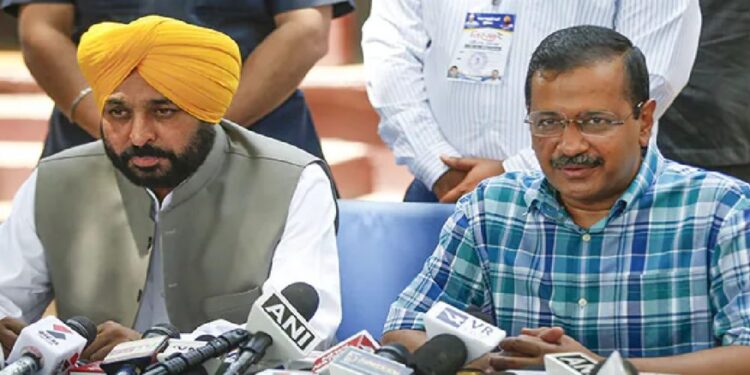 BJP leader Manjinder Singh Sirsa has surrounded the AAP government of Punjab in this matter. He has raised the question by tweeting that Arvind Kejriwal ji, where is the amount of 45000 crores you were talking about adding in the budget of Punjab. Since the formation of the AAP government in Punjab, farmers and other sections are also very upset. Even the farmers are not being listened to. Once, the police had also used sticks on the farmers who were protesting. At the same time, news of lack of water and electricity also came through the media. In such a situation, questions are being raised on what the Bhagwant Mann government is doing.

The dairy farmers of #punjab on Saturday announced to launch an agitation against the #BhagwantMann ,@BhagwantMann)-led Punjab government for non-redressal of their demands. They have also announced to open up a front.

The farmers and dairy farmers of Punjab had hoped that their condition would be better after the formation of the Aam Aadmi Party government, but due to this, they too have started walking on the path of agitation. On Saturday, farmers running dairy in Punjab have also announced an agitation against the Bhagwant Mann government. Dairy farmers say that the government is not accepting their demands. Because of this they are compelled to agitate.

Also Read  Punjab: After yesterday's violence in Patiala, Hindu organizations called off today, Internet shutdown in view of tension, Section 144 in many districts