Question of safety of dams 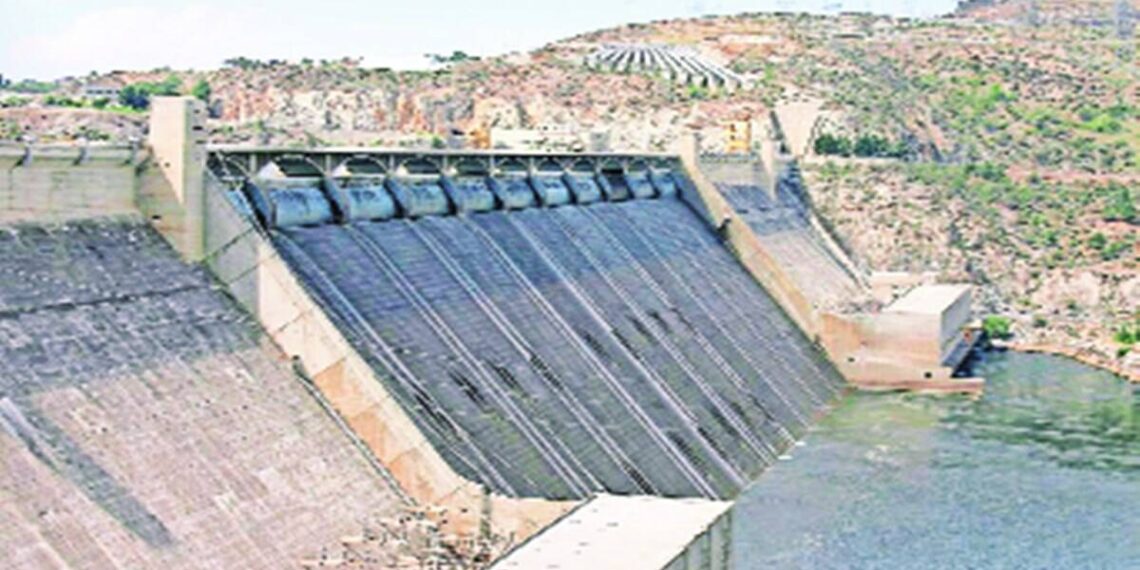 A UN report on India’s dams is startling. It has been said in this report that by the year 2025, there will be more than one thousand such dams in India which will be more than fifty years old and these dams can pose a great danger to life and property.

With the monsoon rains, the inflow of water into most of the dams in the country has increased. In some small dams, the rain water sheet has started running, while the extra water which has come in the filling area of ​​big dams is being removed rapidly. Due to more than normal inflow of water in the filling area of ​​the dams built in the flow area of ​​the rivers which have good rainfall, it becomes necessary to drain the excess water for the safety of the dams.

Sometimes this drainage is so much that the settlements in low-lying areas become victims of floods. From this point of view, dams sometimes appear to be a threat to normal life. But the development structure of modern life has been structured in such a way that dams have become an essential element of the development ladder. The world needs dams considering the need for availability of water for everything from electricity generation to irrigation.

When we block any flow of nature and build a new structure on it, then nature constantly swears to be free from bondage. An ordinary man does not readily accept any bondage against his mind, so how can we expect rivers to readily accept the obstacles they put in the way of their natural velocity? Nevertheless, every existence in the world has a fixed lifespan and after a certain period of time begins to erode its potential. The same is happening these days with many big dams of the country.

A UN report on India’s dams is startling. It has been said in this report that by the year 2025, there will be more than one thousand such dams in India which will be more than fifty years old and these dams can pose a great danger to life and property. It has been said in the report that by 2050, most of the people of the earth will be living around the dams. Most of the dams date back to the twentieth century and have completed their safe life.

In such a situation, people’s lives can be in great danger. This has been said in the United Nations’ report titled ‘Aging Water Infrastructure’ (Aging Water Infrastructure). It states that eighty eight thousand seven hundred dams built around the world were built between 1930 and 1970. Their designing is such that they can last for more than fifty to hundred years. But it is also certain that in fifty years, the weakness in concrete dams starts showing.

The same report also mentions the Mullaperiyar Dam in Kerala, which was built about a hundred and fifty years ago. The report has warned that this dam can be deceiving at any time and in such a condition more than five million people may be at risk. Mulla Periyar Dam is a dam with a height of 53.6 meters with a water holding capacity of 4430 square metres. This dam was built in 1895 by the British Government for the purpose of irrigation. In 1959, electricity generation also started from this. The life of the dam at the time of construction was said to be fifty years, whereas it has been one hundred and twenty seven years.

It is not that the danger of life and property from old dams is only in India. The danger is being felt around the world. As far as India is concerned, lack of proper maintenance is believed to be the root cause of the danger posed by dams. More than three dozen such incidents have happened in India which can be called failure of dams. On 31 March 2017, Malsisar village in Jhunjhunu district of Rajasthan had faced such an accident. This dam, built sometime back at a cost of Rs 588 crore, could not last even three months.

Significantly, between 2000 and 2009, there have been more than two hundred accidents related to dams in the world and out of these, America has suffered the most loss of life and property. Thus, most countries of the world, including America, have faced accidents due to dams in different periods of history. The oldest known dam accidents in history was the Marib Dam accident in Yemen in 575 AD, which caused more than fifty thousand people to leave their homes.

On 25 August 1894, the Gohna Lake dam broke in the Garhwal region of India. Then on 19 August 1917, the Tigra Dam of Gwalior and on 7 December 1961, Pune’s Punshet Dam were the victims of the accident. Other dam accidents in India include the destruction of Damodar Valley Project in 1978, the Kharagpur Dam in Bihar in 1961, the Machhu Dam in Gujarat in 1979, and the Bhagalpur Dam in Bihar in 2017. The major ones are the breakdown of Tiware dam in Ratnagiri, Maharashtra in 2019 and a dam built near Sluice Gate in Mahnar block of Vaishali district in 2021. Two hundred people were killed when the Machhu Dam in Gujarat broke. In this way, after the collapse of the dam in the world, the most damage occurred in the Henan province of China in 1975 when about two and a half million people were killed and one million people had to be displaced due to the collapse of the Bankiao Dam.

However, the truth is also that the existence of dams is necessary for the proper development of our life and the dams which have been contributing wholeheartedly for a long time in meeting the needs of human life, their proper care is also necessary. In view of this need, the Parliament of India has passed the National Dam Safety Act which is applicable from 30 December 2021. According to the provisions of this Act, all the states have to constitute separate Dam Safety Authority and Dam Safety Committees in their respective states.

However, when the Dam Safety Bill 2018, was introduced in the Lok Sabha, some regional parties opposed it, saying it was an encroachment on the states’ jurisdiction, but the government argued that if two or more states share their rights in any matter, If consent is given, then that matter becomes the jurisdiction of the Centre.

It is a happy sign that the government has shown awareness and commitment towards the safety of dams. After the passing of the Dam Safety Bill, though many state governments did not show the requisite enthusiasm for the formation of Dam Safety Authorities and Dam Safety Committees, it can be assumed that the strong will of the Central Government towards the safety of dams required this initiative. Will be successful in giving speed and direction.