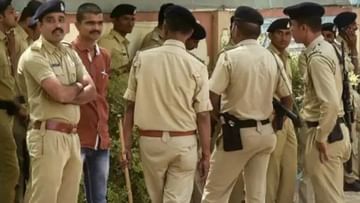 New Delhi. Love jihad has become a formidable problem in today’s date. It is astonishing to think that how the innocent girls of our society are being entrapped in the love trap by some jihadi elements and make an evil attempt to spoil the fabric of the society by converting them to religion. It is a matter of concern that the practice of love jihad is increasing day by day in our society. Now in such a situation, the big challenge before the government is that how can the solution be found from this. On the other hand, efforts have been made on behalf of the government to put an end to this malpractice, but so far its positive results are not visible to the surface, in view of which Hinduist organizations in Banaskantha, Gujarat today protested against love jihad. Took out a rally. Come, let me tell you about it in detail.

Let us tell you that in Banaskantha, Gujarat, a rally was organized by Hinduist organizations in the direction of stopping Love Jihad, in which a large number of people had registered their participation, but it was a matter of regret that later in this rally. An attempt was made to disturb, after which it was not successful. Not only this, later the rally also became uncontrollable, after which the police had to lathi-charge to disperse the people involved in the rally. Some miscreants had reportedly attended the rally, after which they tried to spoil the situation. The police had to intervene later. Let us tell you that earlier on September 3, the bandh was announced keeping in mind the love jihad. According to media reports, about 10 thousand people attended the rally. According to reports, a youth was seriously injured amidst the police lathi-charge during the rally, after which he was admitted to the hospital for treatment. Come on, this is the complete update so far, but let us tell you the whole matter in detail.

Actually, a few days ago, a Muslim youth had trapped a Hindu girl in a love trap, after which her parents were also forced to adopt Muslim religion, due to which they also tried to commit suicide. Was. However, after taking cognizance of the entire matter, the police have so far sent two accused behind the bars. According to media reports, the Muslim boy had trapped the Hindu girl in a love trap by brainwashing her. After this, when this whole matter came to light, the accused were arrested and sent to jail. On the other hand, keeping in mind the above episode, it was announced to organize a rally against love jihad on 3rd September. For the time being, now that the police has taken cognizance of this whole matter, then what action does it take on this. All eyes will be on this. Till then, keep reading to be aware of all the big news of the country and the world. anytv.com