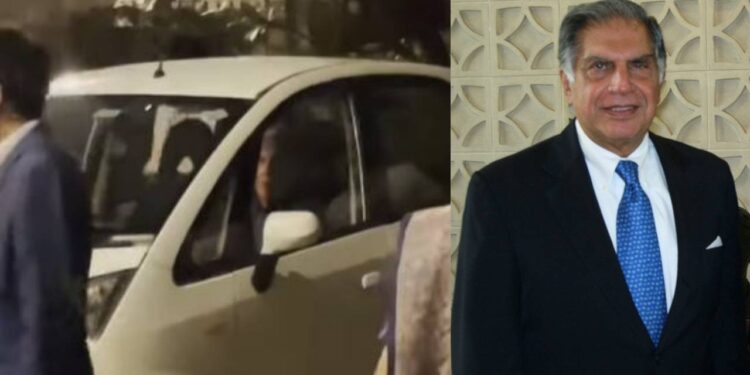 Usually big industrialists and celebrities have big tantrums. He does not shy away from showcasing his elegance and wealth. But there are residents who have no pride in their wealth. Industrialist Ratan Tata is one of such people. Many times he has impressed people with his simplicity. Many people follow Ratan Tata for his simplicity and learn from him. Such a sight of his simplicity has been seen once again.

People are watching a video on social media with great enthusiasm. In this video, Ratan Tata is seen riding in a white colored Nano car along with his secretary Shantanu Naidu on his way to the Taj Hotel. There is neither any frills of security personnel nor any huge crowd with them. When he reached the Taj Hotel, a number of hotel workers also reached to pick him up.

It is known that the Nano car is the dream car of Ratan Tata. He once wrote in his post that he used to constantly see Indian families traveling on scooters in which the child was seen sitting sandwiched between mother and father. This was what inspired him to build a small family car. He further wrote in the post that he also got the benefit of studying in the School of Architecture. I could try working on the new design. Initially the idea was to make the two wheeler safe. There was also a four wheel design for it which had no doors or windows. But eventually it was decided that he would make a car. The Nano car was always made keeping the common man in mind.

Air India: Emirates airline chief said, if Tata Group cannot bring Air India back on track, no one will be able to do so