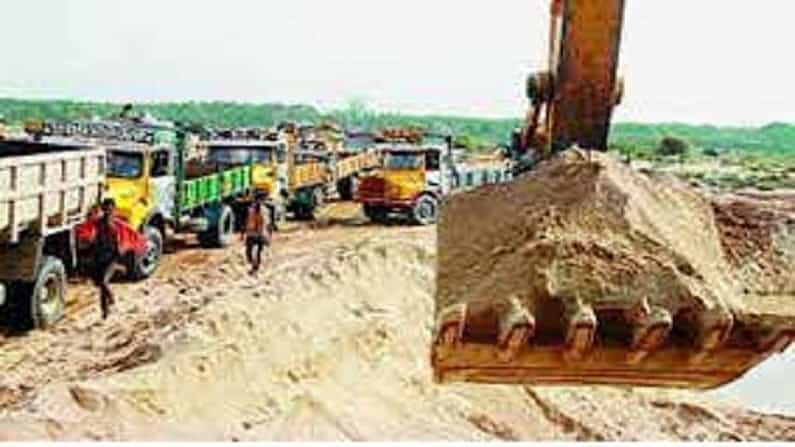 The Bihar government has started action against the officials after their involvement in the illegal sand mining case. Sixteen police and administrative officers, including two IPS officers Sudhir Kumar Porika and Rakesh Dubey, have been suspended with immediate effect in the case. At the same time, the then SDPOs of Aurangabad Sadar, Bhojpur and Paliganj have also been criticized. In the case of illegal sand mining, action has also been taken against 7 officers of Mining Department, 3 officers of Revenue Department and one officer of Transport Department.

Let us tell you that according to the order issued by the Home Department, on the basis of the investigation report of the association, Aurangabad SP Sudhir Kumar Porika and Bhojpur SP Rakesh Kumar Dubey have been suspended. Dehri SDO Sunil Kumar Singh, 4 SDPOs, 3 COs, 5 mining officers and 1 transport officer are also among the suspended officials in the illegal mining case. Separate departmental action will also be taken against all the officers. Simultaneously, Bihta’s CO Vijay Kumar Singh and Bikram’s CO Advocate Prasad Singh have been removed from their posts and sent back to the Cooperation Department and Planning Development Department. Police officers were also involved in the transaction of vehicles associated with illegal sand mining.

In its order, the Home Department has accused the then SP of Bhojpur Rakesh Dubey and the then SP of Aurang Rangabad Sudhir Kumar Porika of being involved in illegal sand mining and transportation. . Both officers were charged with illegal mining, storage and transportation of sand, failing to perform their duties, assisting those involved, enticing illegal mining and transportation as well as not having effective control over their subordinates and dealing with malpractices. was accused of. It was also clarified that after the investigation report of the Economic Offenses Unit, the suspension action is being taken on the orders of the DGP of the state. During the suspension period, the headquarters of both the SPs will be in the IG Patna range. All the 17 officers, including both the SPs, will be given subsistence allowance during the suspended period. Departmental proceedings will be ordered separately. The suspended SDPO has been barred from leaving the headquarters.

Let us tell you that the then SDPO of Aurangabad Sadar Anoop Kumar, Pankaj Kumar Rawat of Bhojpur, Tanveer Ahmed of Pali and Sanjay Kumar of Dehri were wrongly affected on the security interests of the state and were suspended for negligence in their work, disobedience to government order. been done. All these officers have been instructed not to leave the headquarters without the orders of the competent authority at the time of suspension. More officers will be punished in case of mining, more officers will be punished in case of illegal sand mining. According to sources, more than a dozen officers may be suspended soon. According to the EU report, 41 police and administrative officers have been removed from their posts in the illegal sand mining case.

ALSO READ  Telling the reason for not having an auspicious time, the wife did not return from the maternal house, the husband got divorced like this

Significantly, the investigation of the disproportionate assets case against the suspended officials is already going on. Clarification has been sought from all the officials in this regard. Moving forward in the direction of investigation, preparations are also being made to register an FIR.

Owaisi, furious over Rahul Gandhi’s Hindutva statement, said- India is not only for Hindus. owaisi targets rahul gandhi over his statement on hindutva | AnyTV News

These powerful features of Kia Carens will become a fan, the problems of Innova are going to increase, know when will this 7 seater car be launched. Kia Carens with many new features coming soon rival of Innova | AnyTV News

What has Akhilesh done for Maurya Samaj, count 3 works? Maurya gave such answer on the question