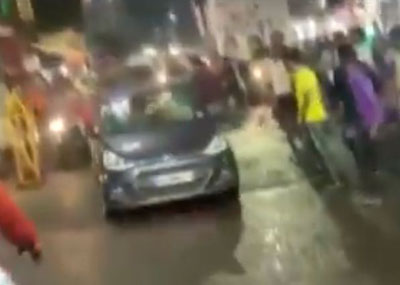 During the tableau of Dussehra, an incident of speeding car crushed 20 people in Jashpur, Chhattisgarh. A similar accident was witnessed in Bhopal, the capital of Madhya Pradesh, where a speeding car rammed into a procession during Durga immersion. Four people including a head constable were injured in this accident. The incident which happened late on Saturday night happened very near Bhopal railway station.
Talking about the incident, Bajaria Police Thane in-charge Umesh Yadav said that a procession was going out for the immersion of Durga idol after 11 pm near Bhopal railway station. In the middle of which an unknown person rammed the car. CHR people have been injured in the incident, out of which one is in critical condition. As soon as the car hit Jhulos, the car driver got scared and he hurriedly reversed the vehicle and fled from there.

Police have registered a case against unknown person and efforts have been made to nab him.A video of the incident is going viral on social media, in which a speeding car can be seen reversing. During this, people are seen running fast to save their lives.

Great opportunity to buy a car at low cost, this company is giving huge discount. Honda India announces discounts of up to Rs 45,108 on cars in December | AnyTV News News New Delhi. If you want to start the new year with a new Maruti Suzuki car at your home, then...

Great opportunity to buy a car at low cost, this company is giving huge discount. Honda India announces discounts of up to Rs 45,108 on cars in December | AnyTV News News New Delhi. Honda India is offering attractive discounts on select car models across the country this month. During the last... 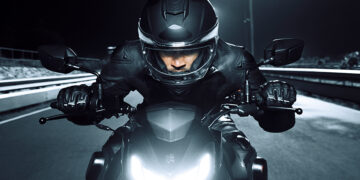 Two-wheelers have always been in demand in the Indian market. People prefer bikes more due to low cost, better mileage...

Samsung will launch a new foldable phone at a low cost

Love playing while playing Ludo online, the girl reached Panipat after covering a distance of 1650 km to get married, something like this happened