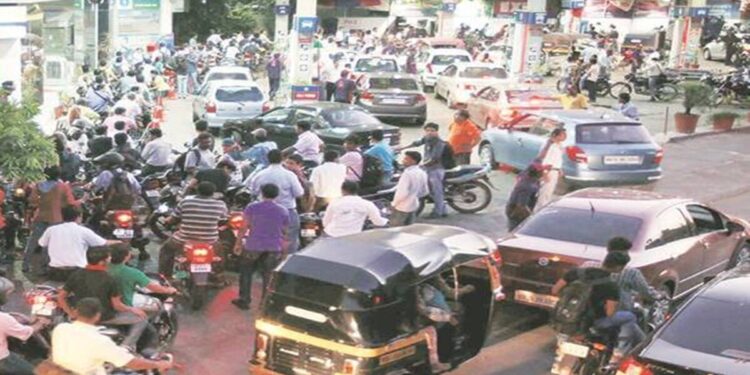 Anticipating an increase in the prices of petrol and diesel after the elections, a large number of farmers in Punjab and Haryana are going to get diesel at petrol pumps by loading drums in tractors. Farmers allege that after the election results, the prices of petrol and diesel will suddenly increase. Due to this, farmers are buying petrol and diesel by taking loan money. Petrol pump people say that the number of people taking oil here is increasing very fast. Such a scene was witnessed throughout the day at petrol pumps in Kaithal, Haryana.

Meanwhile, Union Finance Minister Nirmala Sitharaman on Tuesday expressed concern over rising crude oil prices due to the Ukraine crisis and indicated that the central government is looking at using alternative sources. At an interactive session organized by the Karnataka unit of the Bharatiya Janata Party, Sitharaman was asked about the impact of rising crude oil prices and the Ukraine-Russia conflict on the Indian economy. “Definitely it will have an impact on the Indian economy,” the Finance Minister said.

He further said, “How prepared we are to take this as a challenge and mitigate its impact, is something that we will see going forward.” He added that India accounts for 85 percent of the total crude oil requirement. More than half of it is met by imports and when oil prices rise, it is a matter of concern. The Finance Minister said that we will have to see in which direction it goes next.

He said oil marketing companies fix retail prices on the basis of a 15-day average, but “the figures we are talking about now are way beyond average”.

He said that the government is looking for an alternative source to get crude, but added that all sources in the global market are equally unimaginable. Sitharaman said that rising crude oil prices will have an impact, and some provisions have been made in the budget, but they are based only on normal fluctuations, but now the situation is beyond that.