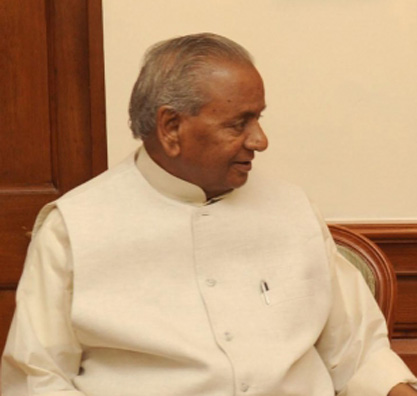 Keshav Prasad Maurya said that late Babu ji gave up power for Ram temple but did not fire at the kar sevaks. Ram Bhakt Babu Ji Shri Kalyan Singh will always be immortal. His death is an irreparable loss to Indian politics and BJP. On the other hand, the convoy carrying the body from Maharani Ahilyabai Holkar Stadium in Aligarh has left for the native village of Atrauli. Chief Minister Yogi is also walking with the convoy. His body is kept in the annexe building in Atrauli. Earlier, standing on both sides of the road in Aligarh, he was paying his last respect to his very popular leader. Every eye became moist in the memory of Babuji.

In Aligarh from yesterday afternoon till this morning, people paid homage to former Chief Minister Kalyan Singh at Maharani Ahilyabai Holkar Stadium. Now the last rites of his body will be held at Bansi Ghat of Narora in Bulandshahr this evening. On Sunday, his body was brought from Lucknow to Aligarh Keonipur Airport by air ambulance from where it was taken to Ahilyabai Holkar Stadium. Under the constant supervision of Chief Minister Yogi Adityanath, people here were doing the last darshan of the dead body of Kalyan Singh.

The state government has announced three days of state mourning on the death of Kalyan Singh. Chief Minister Yogi Adityanath has also announced a public holiday on Monday, that is, all government offices, schools, colleges in the state will remain closed today.