There was a ruckus over the lease of the land of Agra Selfie Point, BJP minister said – I will write a letter to the CM, action should be taken against the guilty officers 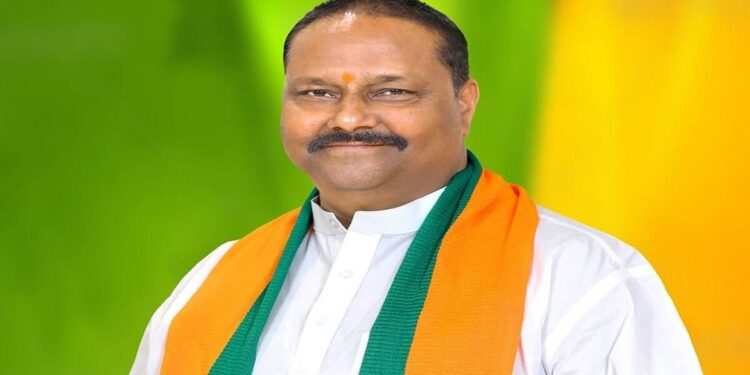 BJP MLC and state minister Vijay Shivhare has raised the issue of leasing Agra Selfie Point to a businessman. He says that Agra Selfie Point is valuable in terms of tourism. They allege that land worth crores was given on lease at the cost of a penny.

He said that the land was given by the Agra Development Authority at the cost of a penny, which is not up to the standard. He says that he will complain to the government level.

Shivhare said that perhaps the public representatives were not aware of this, they would write a letter to the Chief Minister and the Tourism Minister and complain about the matter and action should be taken against the guilty officials. He said, “This land is worth one lakh rupees and how was this land given to a private person without any board meeting. All the officials involved in this matter should be investigated. Deputy Chief Minister Keshav Prasad Maurya is coming to Firozabad on Wednesday, I will inform him about this.

He said that ADA Vice-President Rajendra Pensiya gave valuable land worth crores of rupees to the owner of Kevalya Exim Private Limited at the cost of a penny, which he would complain about at the government level.

Also Read
Taj mahal Vs Tejo Mahalaya: Know who is Rajasthan’s BJP MP Diya Kumari, whose claim – we have the documents of the Taj Mahal

At the same time, Agra Mayor Naveen Jain has also demanded an inquiry in this matter. He said that Agra Selfie Point is an important place. It is a matter of inquiry whether permission was taken from the Board to lease the land. He said that the matter would be taken up to the Chief Minister and there should be a high level inquiry into the whole matter.

Piyush Goyal: India is no longer a deal breaker but a deal maker, Commerce Minister made a big statement