This minister suggested an idea to reduce accidents on the highway 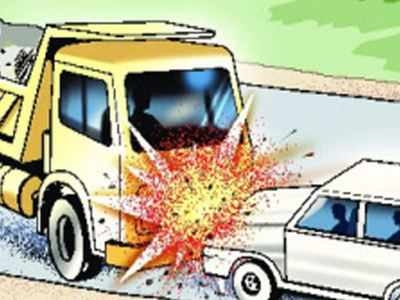 At times, there is also the possibility of an accident between vehicles running at high speed on the highway. There are often horrific accidents in many vehicles on the highway. In such a situation, now Union Road Transport and Highways Minister Nitin Gadkari has come up with an idea. It is being claimed that the implementation of this idea will reduce the number of accidents on the highway. Know what is the idea?

Let us tell you that the Minister Nitin Gadkari has recommended to earmark time for professional truck drivers to reduce highway accidents. He also stressed on installing alert sensors to check whether the driver is sleeping in commercial vehicles. Gadkari wrote in a tweet that the duty of a truck driver should be fixed like that of a pilot. This will prevent accidents due to fatigue.

In this regard, Gadkari further said that according to European standards, the authorities have been directed to work on a policy to install sensors for sleep information during driving in commercial vehicles. He said that letters would be sent to the Chief Minister and the Collector for holding regular meetings of the District Road Committees.

Minister Gadkari has talked about treating the truck driver like a pilot. Let us tell you that the pilot of an aircraft in India has a duty of 0 to 8 hours in 24 hours. There are 30 hours in a week, 125 hours in a month, 270 hours in 90 days, 1000 hours in a year, while there is no guideline for the duty of a truck driver. In most cases, a single driver is on duty for 24 to 72 hours. Most of the drivers prefer to drive the truck at night. Therefore, the number of accidents increases due to not getting enough sleep.