When the daughter-in-law beat her mother-in-law in front of her husband, the son showed the video to the police

by AnyTV
in Regional
Reading Time: 2 mins read
4 0
A A 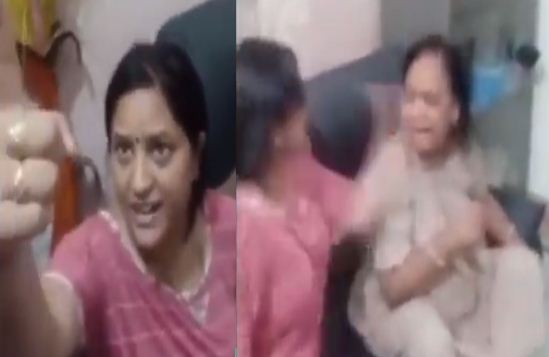 The daughter-in-law was irritated about keeping a maid in the house.

For the past several days, a video is becoming quite viral on social media. Seeing this video, everyone is feeling pity on the woman seen in the video. In this video that surfaced from Haryana’s Gurugram Rajendra Park area, it can be seen that the daughter-in-law is beating her ailing mother-in-law in a house. This video of the daughter-in-law beating the mother-in-law was recorded by her husband in his phone and that video was shown to the police.

The son had lodged a complaint with the Rajendra Park police station by making a video, in which he had filed a charge against his wife for beating up her mother and killing her. According to police officials, Ayush Mittal, who lives in Ratan Vihar of Rajendra Park police station, said that his wife Kavita used to fight a lot with her mother. A few days back also his wife had raised her hand in the same way on his mother.