Whenever he committed a crime, his girlfriend got bail by taking a loan, read the amazing love story of the robber 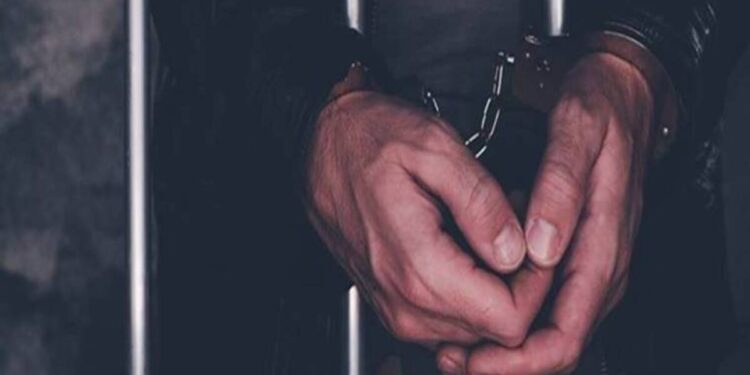 A unique love story of a robber has come to light from Indore, Madhya Pradesh. Also, that line fits perfectly on this person that will do anything for love. Actually, a robber and his girlfriend have a wonderful connection with crime in Indore. A person named Vishal Naneriya is a habitual criminal, due to which he goes to jail in some case or the other. But Vishal’s girlfriend takes money on loan from people and gets them bail.

The problem with this whole story is that when Vishal goes to jail due to some incident, his girlfriend brings him out on bail. For bail, she takes money from someone by taking a loan or on interest, in such a situation, to repay it, Vishal again commits the crime. According to the police, Vishal’s girlfriend pleads and rescues him every time and promises every time that this crime is the last.

The strange love story of this amazing robber was revealed when the Vijay Nagar police caught the robber Vishal late on Friday night. Vijay Nagar police station in-charge Tehzeeb Qazi said that the robbery of expensive mobiles had increased in the area in the past. Due to this, we first activated the informers, but when we did not get success, we had called for the list of criminals from the jail, who had recently come out on bail. Vishal Naneriya’s name appeared in it.

Vishal’s crime pattern also matched the new crimes, after which the police arrested him. More than half a dozen cases are registered against Vishal in many police stations including Palasia, Hiranagar, Lasudia. Vishal told during interrogation that he had gone to jail some time ago for plotting a robbery. But his girlfriend had got bail by taking a loan of 40 thousand. However, it took him a long time to get bail.

When the bail was not given in time, the borrowers harassed the girlfriend, due to which Vishal committed the robbery as soon as he was released from jail. According to the police, after every crime, Vishal’s girlfriend gets him bail by asking for pleas and collecting money. She also tells the policemen that this is her last crime. In the month of March also, the girl got Vishal released on bail twice.