by Kavita Nagar
in Latest News
Reading Time: 3 mins read
0
A A 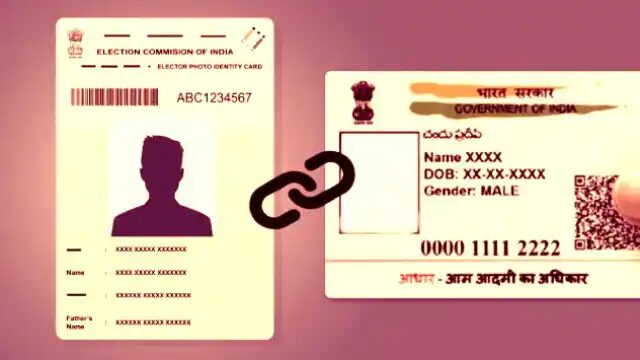 Chief Election Commissioner Sushil Chandra said that the government may soon issue rules on linking Aadhar card with the voter list. Sharing Aadhaar details for voters would be voluntary, but those who did not would have to give adequate reasons, he said. Chandra also said that the Election Commission played a key role in accelerating the vaccination campaign in five states where assembly elections were held in March this year. He said that this was done to ensure that voters and those involved in election duty are safe from the corona virus. Chandra is retiring on Saturday evening.

‘No longer waiting to register as a voter’

Till now people who turned 18 on or before January 1 could register as a voter. With this, people who turned 18 on or after January 2 had to wait a year to register as a voter. But now once the rules are in place, young people can register as voters on four different dates every year. “The second biggest reform is to link Aadhaar with the voter list to check fake entries. This will make the voter list clean and make it more robust.

Asked when the government would notify the rules, Chandra said, “I think very soon… as we have already sent a draft proposal in this regard. We have also sent the forms in which changes are to be made and these are with the Law Ministry. I think they will be approved very soon. We have also strengthened our IT system.” When asked whether sharing of Aadhaar details would be voluntary, he replied in the affirmative. “It will be voluntary,” he said. But voters will have to give sufficient reason for not giving their Aadhaar number. This could be due to non-availability of Aadhaar or not applying for the same or any other reason.

‘It will help in making the voter list error-free’

Chandra believes that sharing of Aadhaar numbers will help in making the electoral rolls error-free. This will also ensure that the Election Commission provides more services to the voters through its communication system. Asked about the biggest challenge as a CEC, he said that the toughest challenge was to hold assembly elections and various by-elections in five states during COVID-19. He said, “Because when the time of elections was approaching, we never thought that the cases of COVID would start increasing. Suddenly we came to know about the new form of corona virus, Omicron. We had to prepare because no one knew much about this form. So all of a sudden we had to make preparations to make the voting process and the electoral system safe.

Meanwhile, the Election Commission intensified the process of vaccination and gave booster doses to its election personnel, including security forces. Asked whether the Election Commission is responsible for speeding up the vaccination campaign in five states. Chandra said, “Definitely. In the states where it was less… especially Uttar Pradesh, Punjab and Manipur, we reviewed the situation and asked the chief secretaries and health secretaries to intensify the vaccination campaign. At least one dose should have been given. If the first dose is taken, then the second dose was to be given. In Uttar Pradesh 100% people took the first dose. Immunization rates were also increased in Punjab and Manipur. We have taken all possible steps to prevent the spread of Omicron during elections in these states so that voters and the voting process are safe.