‘Russia in no hurry to end war in Ukraine’, claim British intelligence officials 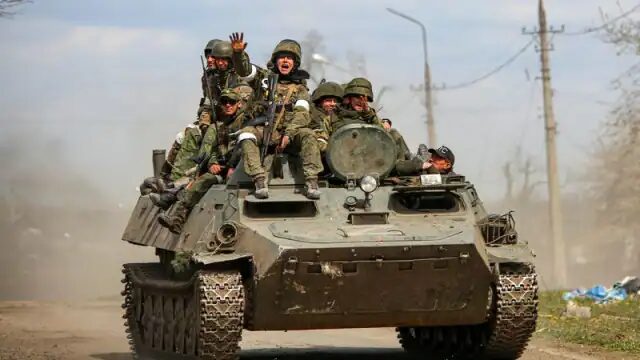 The Ukraine-Russia war could drag on. UK intelligence officials believe that Ukraine will need more weapons and military aid in the coming times. Intelligence officials said on condition of anonymity that after Mariupol, Russia’s eyes are now on the Donbass. In such a situation, the war can enter a new phase. He said that Russia is certainly close to winning the war, but it is in no hurry to do so.

After the capture of Mariupol, Russia could financially break Ukraine. However, officials expressed doubts that Russia would never be able to fully achieve its goals.

Zelensky addressed the Parliament of Portugal

Ukrainian President Volodymyr Zelensky addressed the Portuguese parliament on Thursday. Zelensky called on Portugal to ban Russian gas-oil imports and help in the war. Zelensky said that I hope that European countries will boycott Russian oil and gas. He accused Russian soldiers of killing civilians of Ukraine just for their own pleasure.

Mariupol Mayor Vadim Boychenko accused Russian soldiers of trying to hide the bodies of civilians killed in Mariupol. Here Russian soldiers are burying bodies in mass graves to hide their war crimes committed. He said the Russians dug a large ditch near Manhush, 20 km west of Mariupol. They are carrying the bodies of the dead residents of Mariupol in trucks and dumping them in those trenches.