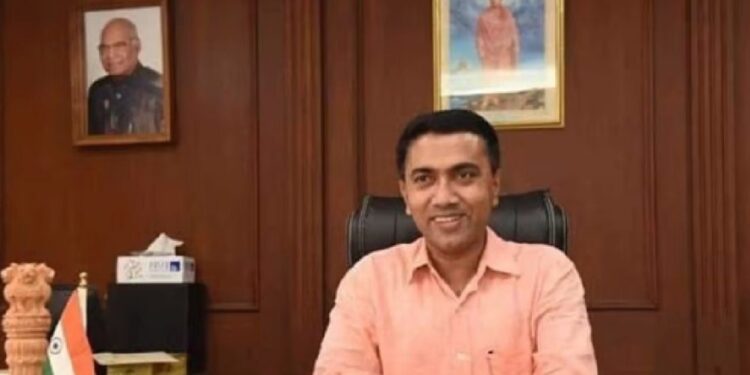 Madgaon. Goa CM Pramod Sawant has given a direct warning to the Muslim organization Popular Front of India (PFI) that if it tries to convert, it will not be okay. Apart from this, Sawant has also said that all the temples that were demolished during the Portuguese rule will be rebuilt by his government. Sawant also said that under no circumstances will the work of conversion be allowed in Goa. In an exclusive interview with Hindi newspaper ‘Amar Ujala’, Sawant said that all the temples were destroyed during the Portuguese era. These are still dilapidated. The BJP government is going to renovate these temples. For this, the Goa government has released Rs 20000 crore in the first round. All these temples were built in the 16th and 17th centuries. According to Pramod Sawant, the restoration of the temples will boost pilgrimage tourism in Goa. People of the country and the world will be able to come here and know about Indian culture and civilization.

Responding to a question, Sawant said that conversion will not be allowed in Goa under any circumstances. He said that we have been strongly opposing it. Sawant said that whether it is Hindu, Christian or Muslim in Goa. The BJP government wants them to stick to their religion and not get their religion changed. One should not convert from Hindu to Muslim or from Muslim to Hindu. He said that separatist organizations like PFI are engaged in the work of conversion. His government will petition the Center to ban this organization.

Sawant said that if PFI continues to interfere like this, then his government in Goa will take strict action against it. The CM said that the Goa government is very strict on the issue of conversion. Goa’s secularism is an example for the whole country. He said that the Uniform Civil Code was implemented in Goa and the people of the state were very happy with it. Sawant said that no organization will be allowed to disturb the atmosphere of the state.