Severe heat and heat alert issued in North India including Delhi-NCR, Meteorological Department told when relief will be available 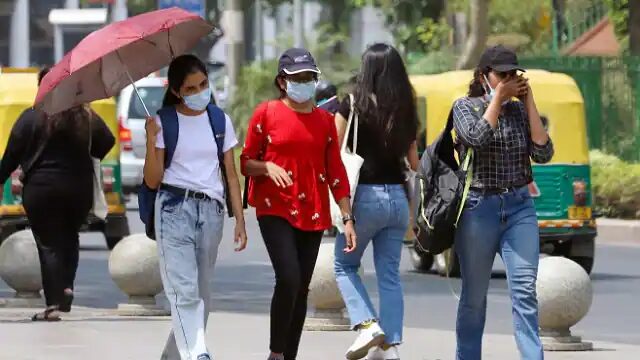 The Meteorological Department has once again issued a warning regarding severe heat and heat wave in many states of North India including Delhi. The weather in Delhi-NCR and adjoining states will remain scorching for five days and the maximum temperature may cross 46 degrees.

IMD’s Director General of Meteorology Mrityunjay Mohapatra said that the temperature is much higher than normal these days. He said that severe heat wave is prevailing in Punjab, Haryana, Delhi, Uttar Pradesh, Madhya Pradesh, Rajasthan and Vidarbha. The temperature ranges between 40-46 degree Celsius, which is above normal temperature.

Mohapatra said that the heat wave will continue today and tomorrow and will gradually subside from May 16 onwards due to a Western Disturbance over North-West India on the night of 15 May. He said that along with Jammu and Kashmir, Himachal Pradesh and Uttarakhand, there is a possibility of rain and thundershowers in the plains of North India. After this the temperature will decrease and the heat will decrease.

Significantly, on May 1, the Union Health Ministry had urged the States and Union Territories to disseminate the National Action Plan on Heat-Related Illnesses in all districts for effective management of heat-related issues amid rising temperatures.