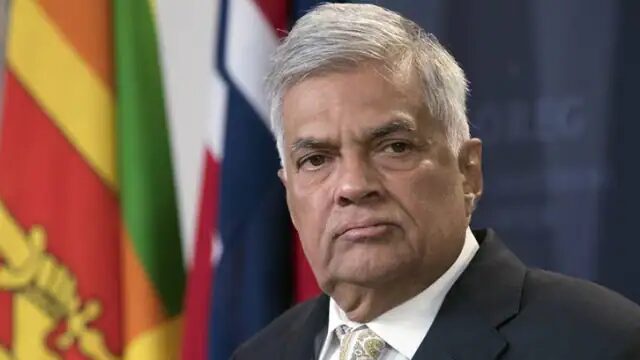 The situation in Sri Lanka has gone from bad to worse. Meanwhile, Sri Lankan Prime Minister Ranil Wickremesinghe has said on Monday that I propose to privatize Sri Lankan Airlines, which is currently making loss. Apart from this, the Prime Minister also said that his aim is to save the troubled country. At the same time, he has told the people of Sri Lanka that the daily power cut can extend to 15 hours a day and the country has only one day’s stock of petrol.

In fact, the new Prime Minister of Sri Lanka has told the people of the country in gestures that the country is fascinated by pie at this time and it may take a long time to solve it. He said that the loss for 2020-21 alone is beyond 45 billion Sri Lankan rupees. Proposing privatization of airlines, he said that it is a loss but we have to bear it. Because their aim is to save the troubled country.

On the verge of running out of petrol stock

Sri Lankan PM said that we are facing many serious concerns. To ease the long queues, we need to get about 75 million US dollars in the next few days. At present we have petrol stock for only one day. The recent diesel shipments will address the diesel shortage to some extent. Even so, it may prove to be insufficient.

Power cuts will be increased, gas crisis too

He warned people that a quarter of electricity is generated from oil, so there is a possibility that the daily power cut will increase to 15 hours a day. However, we have got some money to avert this crisis. Similarly, to provide gas to the consumers, we should immediately get USD 20 million.

plan to present an alternative budget

Ranil Wickremesinghe has said that we plan to present a new alternative budget to the proposed development budget of 2022. It is intended to be presented as a concessional budget. Inflation is also likely to rise in the short term. Along with this we have to continue to print money to pay government salaries and also pay for essential needs.

Need to pay for medicine urgently

Let us tell you that Sri Lanka is going through its worst phase after its independence. Along with the economic crisis, there is also a political crisis. This crisis was brewing for the last several years but some developments in the recent years made the situation worse there. Recently Prime Minister Mahinda Rajapaksa had to resign and people are demanding the resignation of President Gotabaya Rajapaksa. Now Ranil Wickremesinghe has taken over as the Prime Minister. He is very experienced but he has huge challenges in front of him.