Story of struggle: This man reached from floor to floor, once used to sell oranges, today he is the owner of crores 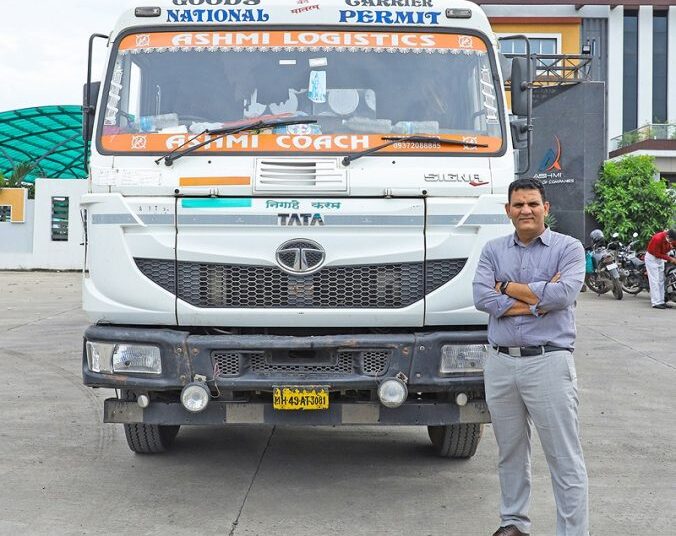 You must have read and heard about many successful people. Such people achieved a great position in life by keeping their spirits high in the most difficult times in their lives. A big name among such people is Pyare Khan, the owner of a transport company named Ashmi Road Transport and a businessman from Nagpur, who once sold oranges at the railway station and today has a turnover of Rs 400 crores annually.
Let us tell you that Pyare Khan, who sold oranges outside Nagpur railway station in 1995, is a big transporter today. The owner of a company worth 400 crores, Pyare has about 300 trucks. Pyare manages a network of about 2,000 trucks with offices in Nepal, Bhutan, Bangladesh. Pyare Khan says that he and his 2 brothers, sisters and parents lived in a slum area of ​​Nagpur. Father used to sell clothes from village to village but due to not earning much in it, he stopped working. After this mother started a grocery store for our upbringing. Ever since we regained consciousness, we have earned money to maintain ourselves. Pyare Khan further explains, “I started working when I was only 13 years old. During the summer vacation for 2 months, I used to sell oranges at the railway station, saving Rs 50-60 per day. I have done a lot of work like cleaning cars. The situation at home was such that I could not study, so after failing in class 10, I decided to leave my studies. When I got my driving license, I started working as a driver in a courier company. During this time when I had an accident, I quit my job.
Pyaare Khan further says “I had bought one truck in 2005 and till 2007 I had 12 trucks. Then I registered the company as Ashmi Road Transport. I started working in places where other people were afraid to work. Taking the risk, large groups began looking for work. Two petrol pumps were also opened a few years back. Presently the total turnover of the company is Rs 400 crore. A total of more than 700 employees work here. We have set a target of Rs 1,000 crore for the company in the next two years. I never run after success. That’s the secret of my success.”
It is worth noting that in the second wave of Corona, when there was a huge shortage of oxygen among the people, then Pyare worked hard to save the lives of countless patients. Pyare Khan had provided over 400 metric tonnes of liquid medical oxygen to patients undergoing treatment in government and private hospitals in and around Nagpur. He had spent crores of rupees to provide oxygen to the patients.

Indore: The girl suddenly started dancing at the traffic signal, got stuck badly after the video went viral

Bharti Singh has blown people’s senses with her new look, now she has started looking like this by reducing her weight.