by AnyTV
in Latest News, Viral News
Reading Time: 2 mins read
0
A A 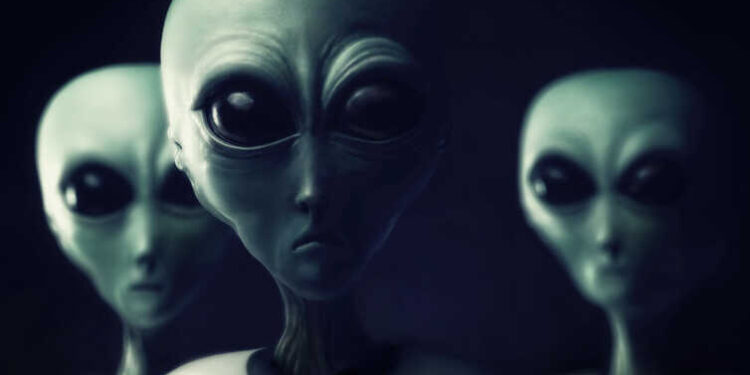 There are many such questions in the world for which hardly anyone has the answer. Just like ‘the egg came first or the chicken’ in the world, there is another question that do aliens really exist? Many people have different opinion regarding this question. Some people agree with this, while some people call it pure fantasy. Meanwhile, a news related to aliens has come to the fore, knowing about which your senses will be blown away. This time not one or two people, but the entire village has approved the existence of aliens. This village is in Mexico and the people of this village have made a strange claim about aliens, knowing about which you will be surprised.
Let us tell you that this Mexican tribe village is located near a mysterious military base in America. The people of this village have not only accepted the existence of aliens but they say that aliens keep coming and going on this military base. The people of this tribe, who have been living for about 60 years in a village located near America’s secret army base, have been troubled by the antics of aliens. Actually these people say that when the aliens come, they take away their cows and cut off their parts. Not only this, the local people said that some people were also kidnapped by the aliens and took them to an underground place. Most of the animals belonging to the people of the Jicarilla Apache Nation in New Mexico are reportedly injured. They have been troubled by the antics of the aliens.
According to the information, people living here have claimed that they also hear strange voices. Along with this, he has also claimed to see the light coming out of the Archuleta Mesa mountain. He claims to have seen a mysterious egg-shaped spacecraft. In this case, the police detective says that everyone in the city of Dulce, Mexico is aware of this. According to a media report, rumors about aliens started from the mid-1970s. At that time, a US government security official had asked the local police to be alert about this.
Giving astonishing information in this case, a woman had told that she had seen the cow being raised by the rays of light emanating from an alienship or UFO. She told that at that time she was going home with her child. The woman was shocked after seeing this incident and has been sitting in her car for several hours. Along with this, the woman herself has also told about the incident of abduction by aliens. The woman told that after the abduction, her son and his clothes were examined in the spacecraft. He claimed that there he had seen a container in which the mutilated humans were kept.

Ajab-Gazab News: To keep himself young, this man from Britain drinks months-old urine, made a strange claim

Ajab-Gazab News: To keep himself young, this man from Britain drinks months-old urine, made a strange claim