Sunil Jakhar: ‘He didn’t break his heart too well’, after leaving Congress, Sunil Jakhar narrated the pain of 50 years in 40 minutes 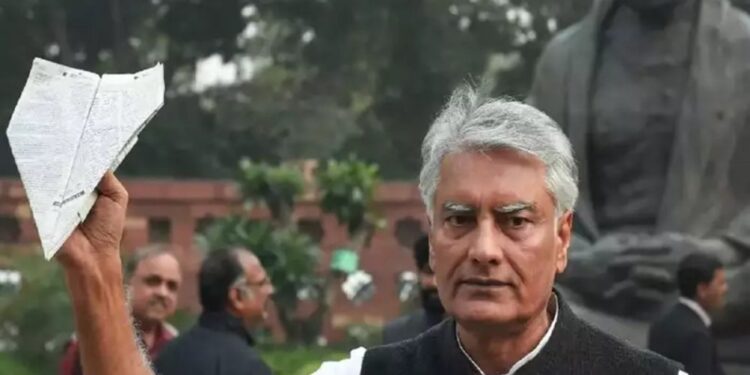 New Delhi. Sunil Jakhar….This name is in the headlines since morning…This morning itself he has said goodbye to Congress…However, before that he was retired from all the responsibilities given by the party. At the same time, after being dismissed from the party, Sunil Jakhar has narrated the pain of 50 years imprisoned in his heart in just 40 minutes. Let us tell you that he did Facebook Live for 45 minutes. In which he has narrated his pain-e-dil in words by referring to the poetry of lions. Come, let us tell you what he has said during this time. So Sunil Jakhar said that if I have been in the party for so long, then it becomes my duty to share some things hidden in my heart regarding the party. He said that today many workers have become mere cheerleaders. Presently, Chintan Shivir is being organized to rectify the situation of the party. But I say that the party does not need a Chintan Shivir, but a Chinta Shivir. During this, he took the entire Gandhi family including Sonia Gandhi and Rahul Gandhi. He said that now the time has come for me to leave, so I thought that I should go only after saying something for the party. So in this way Jakhar has expressed his point of view on many issues. Come, let us tell you what he has said after all.

Also Read  UP: Investment will increase in Yogi government, Global Investors Summit will realize the resolve of one trillion dollar economy

During this, he shared the pain hidden in his heart by mentioning many Sher Shayari. Sunil Jakhar says The picture of decorating the house is very much‘Ad’s First decide how to save this house. He said that at present the party is organizing a Chintan Shivir to express its concern on agriculture including the economy to improve its political situation. But keeping in view the present scenario, there is a need to organize Chinta Shivir, not Chintan Shivir. Meanwhile, he also made serious allegations against Ambika Soni. He said that Ambika Soni is the main reason for the failure of Congress in today’s date. In reference to Ambika Soni, he said that he defamed the name of Punjab. Thousands of Sikhs were humiliated. They have tried to demean Punjab. For this the people of Punjab will never forgive Ambika Soni. Meanwhile, he urged Sonia Gandhi to take strict action against Ambika. During this, he said that the Congress leaders sitting in Delhi have made the condition of the party miserable.

Meanwhile, Sunil Jakhar got emotional and said that I have been shown the way out of the party at a time when no responsibility has been given to me by the party. A letter has been sent to show me the way out of the party. Nothing can be a greater insult to me than this. Those close to me know that I have remained inactive in the party for the last few days. I have been sidelined by the working style of the party. During this, he read a lion to put an end to his words, in which he said that if you broke your heart, you did not break it. Infidelity also happens. Meanwhile, he has requested Congress leader Rahul Gandhi to take some steps in the direction of the interest of the party. He said that at present the plight of the party has reached its peak. In such a situation, suitable steps need to be taken to rectify the situation of the party, otherwise the situation may worsen in the coming days.