by Amit Tripathi
in India, Latest News
Reading Time: 5 mins read
1
A A

New Delhi. Within a month of relaunching, Surya Samachar, which has firmly established its footing in the changing world of news and TV channels facing credit crunch, has taken root in such a way that media analysts are also bewildered and expect a better future and news for the channel. Hopeful seeing the seriousness towards. A month before today, on the day of Vijayadashami, when people were celebrating the festival, Surya Samachar was being relaunched on the same day itself. The tag line was Naya Bharat, Naya Savera. But neither a new India nor a new dawn can be made just by talking. Hardly anyone would have believed that Surya Samachar has done what hardly anyone would have expected, without giving anything to the neighborhood in the name of news and TRP competition. But the most important thing for any media medium is the trust of the public. And trust is born from better team and news related to public concern. 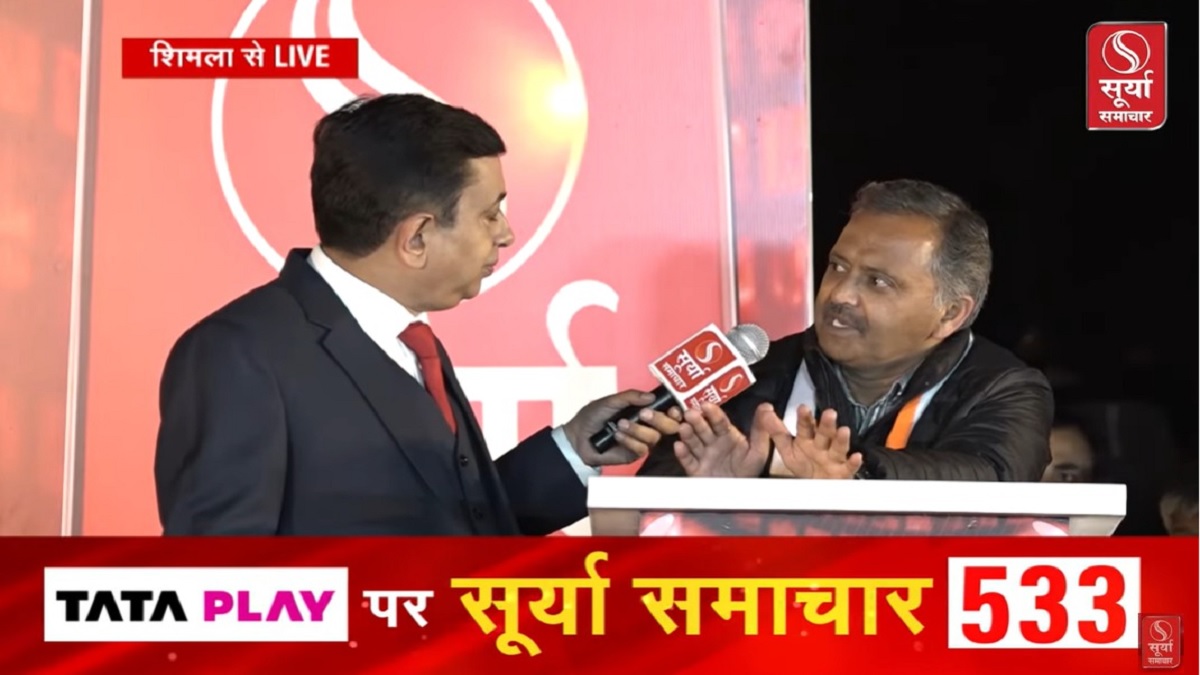 In the last one month, if we look at the methods of selection of news and presentation of the program of Surya Samachar, then surely not only trust is created, but also the reason behind public’s trust is also known. Neither the noise in the name of panel discussion nor the clash of panelists is seen on the channel. In such a situation, this thing may come in your mind, how is Surya different? Apart from this, Surya Samachar has prominently raised all the news related to the people and policies of the government of Haryana, Himachal Pradesh and Punjab, which come in its broadcasting area. Within this month, farmers’ paddy crop had arrived in the green state of Haryana. After harvesting the rains started. Farmer’s crop had started reaching the mandis. The farmers were worried. In view of the problems of the farmers, Surya Samachar not only made the Agriculture Minister sit live on the channel, but also took the farmers on the phone line and raised important questions while working as a bridge between the farmers and the minister. In this sequence, the Agriculture Minister assured the farmers that not even a single grain of the farmers’ crop will stop. Along with this, he also ordered to drain the water from the fields of the farmers. Panchayat elections started in Haryana when the channel started. Panchayat means the third government, which is directly related to the village. Happens with common people. Surya Samachar not only warned the public about the important information related to the Panchayat elections, but also that there should not be any disturbance at any level. In this context, the news was broadcasted warning the public. Not only alerted the administration, but also stood with the interests of the common people contesting the elections in which everyone from the voter to the candidate is involved, so that there is no bullying at any level. Broadcasted the news related to making the common people aware about the funds and rights of the panchayat. Along with this, a large number of half the population is also contesting in Panchayat elections, positive news related to them was also run on Surya channel.

The Adampur by-election within a month of relaunching was a big opportunity for the channel to make its presence felt. During this, Surya Samachar not only registered its presence, but also covered this assembly by-election very prominently. Raised the important issues related to the public’s concern without being limited to the possibilities of victory and defeat of the candidates and their party politics and election board. By running a campaign like ‘First vote, then have refreshments’, Surya Samachar also contributed in making the election campaign successful by making voters aware. During the coverage of Adampur election, the news of Sarangpur village was also shown on priority on Surya Samachar. Where there is word tower means there is a nest of birds in this village. Within a period of just one month, the impact of the news of Surya Samachar is visible and the public is connecting with the issues raised by the channel. The channel took up one such issue and took it to the end. It was common to hear news that boys were throwing acid. But there was a case in Sonepat in which the girl threw acid on the boy. This was the first event of its kind. Surya Channel took up this matter on priority and after showing the news, arrests were also made. If we talk about Himachal Pradesh, then even in the election state of Himachal Pradesh, the channel seems to be making inroads among the public in a very short span of time. In the Himachal elections, Mukesh Rajput, group editor of the channel, did ‘Big News, Big Show’ from the Ridge ground of Shimla and decorated a big stage in the election season. During this, the veteran leaders of all the major parties presented the side of their respective parties, but the way this budding channel asked questions to the stalwarts of these established parties, there was a glimpse of public concern and not just who won the show, who lost or The allegations were limited to counter-allegations.

On the other hand, in view of the current performance of Surya Samachar, it would not be unfair to say that the channel is achieving new heights under the leadership of CEO SB Navrang. Under the guidance of CEO SB Navrang, the channel is also making a good hold in the TRP race. The short span in which the channel has developed its identity among the viewers is amazing, unimaginable and unforgettable.

It is evident that Surya News is making a serious effort to make inroads among the public in a very short time. The public concern and pro-peopleness of Surya Samachar is also confirmed by the fact that 13-14 laborers got trapped in a landslide in Himachal’s Kinnaur. The channel picked up this news on priority, informed about his condition. The effect of the news was that the matter reached DC and DC not only made arrangements for their safe evacuation, but also made arrangements for their relief and food to reach them as soon as possible, and DC congratulated the team of Surya Samachar for this news. Gave. It is obvious that the priority of the channel is the news of villages and streets. The speed with which Surya Channel is emerging as the voice of the public, is certainly a puzzle for the media gurus and by the time this puzzle is solved, a new trust would have been created in the public regarding this fledgling channel. This is the priority of the channel as well as the motto. From this point of view, Surya Samachar seems to be living up to its tag line Naya Bharat, Naya Sabera.