Tamilnadu: Husband passed away and daughter had to be raised, this woman from Tamil Nadu spent 36 years disguised as a man 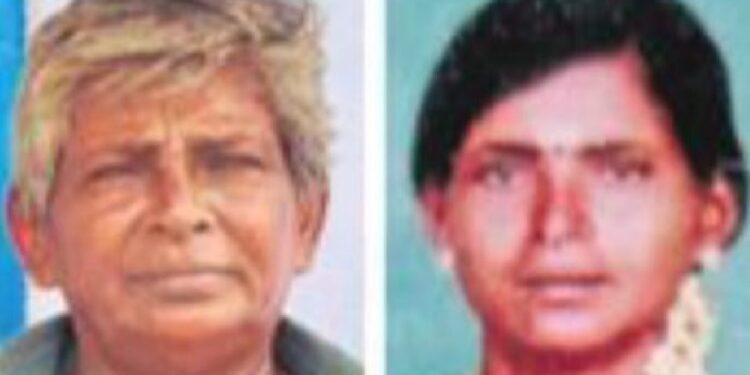 Thotthukudi. In Thotthukudi, Tamil Nadu, a woman did something to raise her daughter, which will not only fill your eyes with hearing. Rather, you will not hold back from praising that woman. This woman spent the precious 36 years of her life in raising her daughter. That too disguised as a man. Yes. You are reading right. This woman did not remarry after the death of her husband, took her daughter as a man and brought her up and married her. Female name S. Petchiammal.

Petchiammal has narrated this full story of his life to the local newspaper ‘TNIE’. She told that her husband Shiva died just 15 days after the marriage. She was 20 years old at that time. Petchiammal later gave birth to daughter Shanmugasundari. He decided not to remarry and was determined to raise the daughter on his own. It is difficult for a woman to raise a daughter and be alone. Earlier he worked in many hotels, tea stalls and also did wages, but he was exploited everywhere. Seeing this, Petchiammal disguised himself as a man. He left the sari and started wearing shirt and lungi. He also cut his hair like men.

Also Read  Bumper Sell On Bikes: Now Buying Bikes Is Even Cheaper, Buy These 4 Bikes Up To 83 Kmpl At Less Than 60,000

Petchiammal then visited the Murugan temple in Tiruchendur and changed his name to Muthu. She told the newspaper that after changing her disguise, she started living in Kattunayakpatti with her daughter. For 20 years, only her family members and daughter knew that she was a woman. Petchiammal’s daughter is now married, but she is not ready to renounce her male disguise. He says that this garb has always protected my daughter and now I want to remain as a Muthu till my death. In their Aadhar card, ration card and other documents, only male is written. Now his age has also come. In such a situation, she works by getting MNREGA card. They have not received any government benefits so far. Neither house nor bank balance is there. In such a situation, Collector Dr. K. Senthil Raj says that he will try to help Petchiammal.

Why Aishwarya Rai Bachchan has been away from films for 4 years, the actress has now revealed

Why Aishwarya Rai Bachchan has been away from films for 4 years, the actress has now revealed

Even before Aashram 3, Esha Gupta raised the temperature of Instagram, shared hot pictures