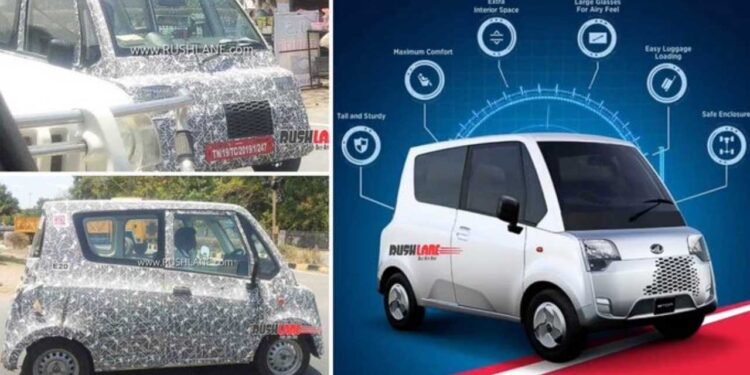 Due to the rising prices of petrol-diesel and gas and the attractive scheme on electric vehicles by the government, the craze of electric vehicles is also increasing in India and now companies as well as consumers have started showing interest in these vehicles. Is. Even the biggest and smallest startups of major automakers are now entering the electric vehicle market.

Simultaneously, Mahindra Electric, which has a special place in the field of vehicles, has launched Atom Quadricycle with Trow Auto, Trow Zor Delivery Van, Trow Tipper Variant and E-Alpha Mini Tipper. Mahindra has a market share of 73.4 per cent in the electric 3-wheeler segment, which puts the company at the top of the list. Mahindra Atom will be launched in four variants- K1, K2, K3 and K4, the first two variants will come with a 7.4 kWh battery pack, while the other two will come with a powerful 11.1 kWh battery pack. The K1 and K3 base variants of the Atom will not come with an air conditioning system. Whereas K2 and K4 have this feature. It is being speculated that the company is going to launch the Atom quadricycle in the Indian market very soon.

Let us tell you that the electric powered Mahindra Atom will come with clean energy with comfortable and smart features. Along with the Atom, Mahindra has also launched an electric Alpha tipper based on the e-Alpha Mini platform. The e-Alpha Mini Tipper comes with a 1.5 kWh battery pack that gives it a range of up to 80 km on a single charge. Its loading capacity is 310 kg. Currently, Mahindra Atom has been launched as a commercial vehicle. It is not yet known whether it will be launched for personal use or not.

Mahindra Atom is a great car in terms of looks and features and at the same time its price is also very low. It is being estimated that the price of this car will be around Rs 3 lakh. The Mahindra Atom will have a maximum speed of 50 kmph and will take 5 hours to fully charge. The Atom Electric Quadricycle can run up to 120 km on a single charge.