The cow was not giving milk, the farmer reached the police station with a complaint! 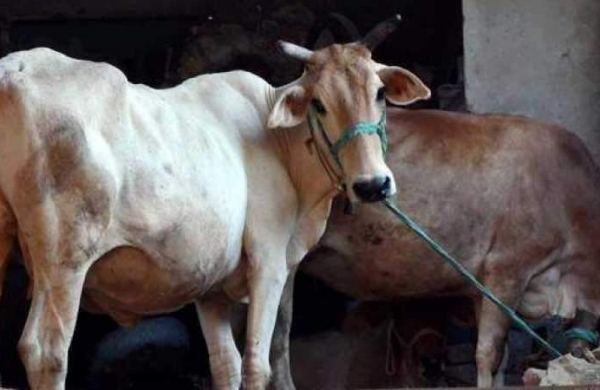 After hearing the name of the police station, it will come to your mind that people in the custody would come with complaints of crimes like theft, robbery, threats, assault, murder and rape, but sometimes some people come to the police with some such cases. Hearing which the policemen also get upset. Recently, one such case came to the notice of Karnataka Police in which a person approaches the police to register a case against his cow. This person has filed a complaint with the police that his cow is not giving milk for 4 days and he wanted the police to register a case against him.
According to the information, this case pertains to the village Sidlipura falling in Shimoga district of Karnataka, where Ramaiah, a farmer living in the village, reached the Holehonnur police station with a complaint recently. The farmer told the police that his cow was not giving milk for the last 4 days. He is also feeding her good fodder daily. He told the police that he feeds the cow daily from 8 am to 11 am and from 4 pm to 6 pm. Even after eating the fodder, the cow does not give milk, which is wrong. In such a situation, you should call the cow to the police station and convince her to give milk.
Knowing such a strange case, once the police were surprised, but after hearing the complaint, the police calmly explained to that farmer that all these work is not of the police and the police do not register such cases. He sent the farmer back explaining how to solve the problem himself.

Now you will be able to easily bring home your favorite car and bike, these banks are giving the cheapest auto loan. List of banks which gives Auto Loan on Cheapest rate | AnyTV News

If Reflective Tapes are not used on the car, then the challan of Rs 10,000 will be deducted, the police of this state has implemented the rules. Vehicles without reflective tapes will be fined Rs 10,000 this state | AnyTV News

Annoyed by the popularity of the husband among women, the wife did the non-doing work