The crisis is not of power, but of values. 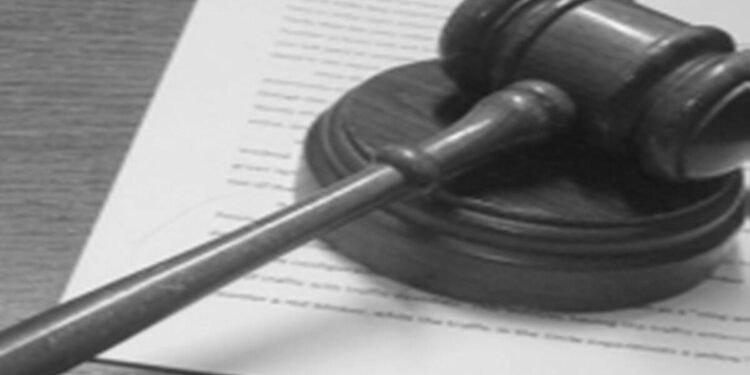 There is a need to incorporate some new provisions in the anti-defection law. For example, in case of disqualification of members on defection, the decision of the President or the Governor on the advice of the Election Commission should be final. The role of the Election Commission in this regard should also be expanded. Second, the power of political parties to issue votes should be limited. It should be issued only when the government is grappling with the threat of a trust vote in the House.

The struggle for power between the truth and the majority is nothing new. Amidst the political crisis in Maharashtra, after the resignation of the Uddhav government, the efforts to form a new government have started. In this case, a petition has been filed in the Supreme Court demanding legal action against the MLAs involved in defection. The question to be asked is that despite the anti-defection provisions in the Constitution, why did this political sabotage not stop?

Within just two decades of independence, the ugly phase of power gluttony and opportunistic politics started in Indian politics and ideological-political values ​​were being abandoned. Governments were formed and brought down by manipulation by political parties, ignoring the mandate. Defection was supported. The Anti-Defection Act was passed in 1985 for constitutional prevention of this deadly tradition and erosion of democratic values. Under this, four Articles of the Constitution 101, 102, 190 and 191 respectively were amended and the Tenth Schedule was also added.

Under this Act, that member of any political party is disqualified from the membership of the House concerned, who by giving up the membership of his party votes against the instructions of his party in the House or remains absent at the time of voting. In respect of an independent member, he becomes disqualified if he joins a political party after being elected. If the nominated member joins any party after six months of getting membership, then he will also be considered disqualified.

The Speaker of the House has the power to decide on disqualification disputes arising out of defection. Apart from this, the power to make regulations to give effect to the provisions of the Tenth Schedule has also been given to the Speaker of the House. However, it is necessary to lay such rules before the House for thirty days and the House can approve or disapprove or amend these rules. But the provisions of the Tenth Schedule, which seem prima facie attractive, are not without criticism. It has mainly two grounds.

First, it encourages defection on a broader basis, while prohibiting individual defection. Second, it has only contributed to the destabilization of governments due to the provisions of exemption from disqualification. Further, the distinction made between nominated and independent members under the said Act is wholly illogical. Nominated member can take membership of any party, but if an independent member does so, he becomes disqualified. Also the provisions of the Tenth Schedule do not distinguish between a member’s defection and his dissent. These restrict the legislature’s discretion and freedom of thought, thereby further expanding the party’s jurisdiction in the name of party discipline.

The decision-making power of the Speaker of the House is also not beyond criticism. First, there is a strong possibility of his decision being vitiated due to political commitments. For the past several years, the decisions made by the Speaker in favor of their respective political party in the Legislative Assemblies of many states have been in the midst of controversies. Secondly, the Speaker may also lack the necessary legal knowledge and experience to decide on such matters.

Disqualification questions arising out of defection were initially considered outside the jurisdiction of the Court. But in the case ‘Kihoto-Holohan vs. Jachilu’ (1993) the Supreme Court declared this provision unconstitutional on the ground that the Speaker acts as a disqualification while adjudicating a question of disqualification on the basis of the Tenth Schedule. Therefore, like any other judicial tribunal, its decision also comes under the ambit of judicial review on the grounds of impartiality, adversity, malafide etc. Therefore, it comes under the jurisdiction of the Supreme Court and the High Court.

Subsequent experiences show that the above constitutional amendment failed to fulfill the intended potential. In this, many provisions were criticized not only by political parties, leaders, but also by constitutional committees and commissions. He recommended changes to it. The Constitution Review Commission gave some more suggestions in this regard. The commission was of the view that defection-led representatives should be dismissed from public or political gains, including constitutional posts such as ministers. This dismissal should continue until the term of the current legislature is over or a new legislature is formed after the election.

In the light of the above discussions and suggestions, the Ninety-first Constitutional Amendment Act (2003) was passed, under which efforts were made to improve on some issues. Defection leaders generally aspire to obtain positions of political advantage in addition to the constitutional-statutory positions under the central or state government.

But by the said amendment act, under Article 75 and Article 164, the size of the Council of Ministers under the Central or State Government was fixed at fifteen percent of the total number of members of the House. Also, a member of either House of Parliament or a State Legislature who has been disqualified on the ground of defection, is deemed to be unfit for any ministerial office or any office of political gain. That is, there is no other protection for the ineligible on the basis of party division. In this way, an attempt was made to control the political absurdity and opportunism ingrained in the parliamentary tradition.

Despite this, however, the results were not encouraging. Not only the state, but also the government at the center was formed and degenerated by opportunistic alliances. Presently the fall of Maharashtra government is a vivid example of this. A few days ago, Vice President M. Venkaiah Naidu expressed concern over the discrepancies in the Anti-Defection Act and suggested amendment in it to make it more effective. Considering the manner in which the present opportunistic politics has eroded constitutional values, there is a need for serious discussion on the issue of defection and urgent constitutional reforms.

There is a need to incorporate some new provisions in the anti-defection law. For example, in case of disqualification of members on defection, the decision of the President or the Governor on the advice of the Election Commission should be final. The role of the Election Commission in this regard should also be expanded. Second, the power of political parties to issue votes should be limited.

It should be issued only when the government is grappling with the threat of a trust vote in the House. Law expert and linguist Ferdinand LaSalle writes, ‘Constitutional questions are, first of all, not questions of propriety, but questions of power. The real constitution of any country exists in the actual location of the power existing in the country: therefore political constitutions have value and permanence only when they accurately express the location of the existing powers within the society.’

The present crisis is not of power, but of values. The fundamental question is not who is right? The question is what is correct? It would be meaningless to imagine any good from the people’s representatives who give up their values ​​for the sake of power. Only the negation of such disruptive tendencies will make the future of democracy bright.