The first statement of the mother of the deceased girl on the Kanjhawala case, said- ‘Something wrong has happened with my child’

by Amit Tripathi
in India, Latest News
Reading Time: 2 mins read
9
A A 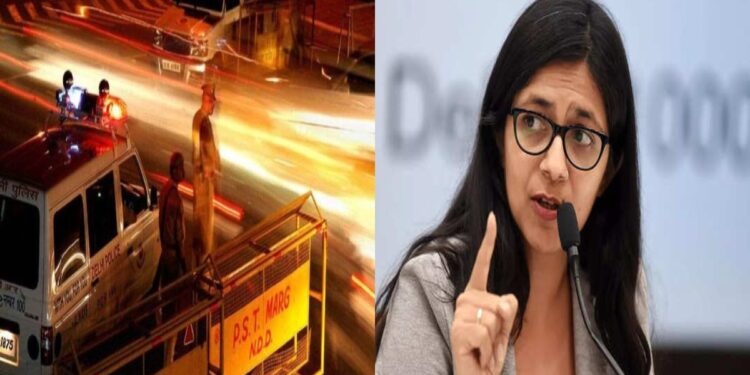 new Delhi. In Kanjhawala, the statement of the family members of the girl has come to the fore in the case of dragging the girl for five kilometers by five youths in a car. The relatives have demanded action against the accused. The girl’s mother has expressed apprehension of something wrong with her daughter. Raising questions on the police, the girl’s mother said why there was a delay in informing me about the whole matter. The girl’s mother said that till now I have not even seen the dead body of my daughter. Something is wrong with my baby girl. Please tell that this is the first statement of the relatives regarding the matter.

“My daughter was my everything. She went to work yesterday in Punjabi Bagh. My daughter left home around 5:30 pm and said she would return by 10 pm. I was informed about her accident in the morning but I haven’t seen her body so far,” said the victim’s mother. https://t.co/yGrjnk3sKO pic.twitter.com/iYzviGrtqo

Note, the medical report of the girl has been released by the Mangalopuri hospital, in which it has been said that the girl suffered a head injury. Apart from this, the post-mortem of the dead body is to be done tomorrow. Only after that it would be appropriate to comment on the matter. The Delhi Police has constituted a three-member committee for the post-mortem report of the girl. Forensic investigation team has reached the spot. It is being told that there is a contradiction between the situation of the spot and the statement of the Delhi Police. At the same time, the police say that we are investigating the matter seriously. All the five accused involved in the case have been arrested and sent to jail. During police interrogation, the accused told that loud music was playing in the car. Because of which they could not hear the cry of the girl.

On the other hand, when the accused in the car were drunk, DCP Harendra Singh said that it would not be appropriate to comment without the medical report. On the other hand, the police have registered a case against the accused under sections of ill intention. Police said that instead of helping the girl, the accused kept driving. Along with this, Delhi Women’s Commission Chairperson Swati Maliwal has questioned the Delhi Police. Along with this, a notice has also been issued to the Delhi Police regarding the matter. On the other hand, AAP leader Saurabh Bhardwaj has targeted Governor Vinay Saxena regarding the matter.