There will be huge savings on buying these SUVs, with a mileage of 24kmpl, the price is also low. Kia Sonet to Hyundai venue cheapest SUV with 24kmpl mileage | AnyTV News

by AnyTV
in Automobiles, Latest News
Reading Time: 3 mins read
0 0
A A 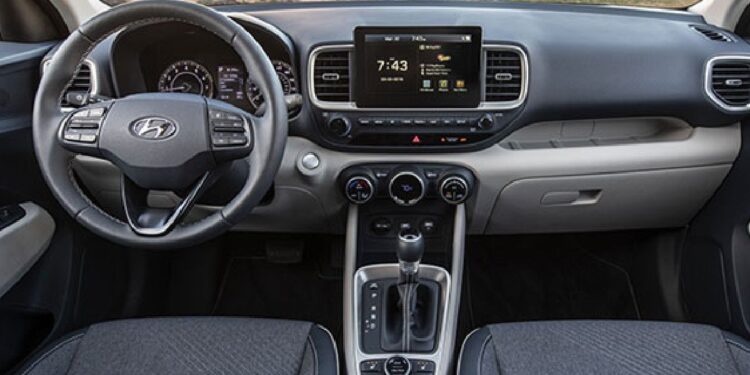 The Indian auto market has been very close to the SUV segment for some time now, but the factors driving the car sales in India remain stable even today. Even today, when a buyer goes to pick up a car, mileage and price are the most important aspects, whether the car is a hatchback or an SUV. Our today’s article is for those customers who are looking for better mileage and affordable cars. Let’s take a look at the list of best mileage SUV’s in India:

Kia Motors entered the sub-4 meter SUV segment with the Sonnet SUV. Which is available in the price of Rs 6.79 lakh to Rs 13.25 lakh. This SUV competes with Maruti Suzuki Vitara Brezza, Hyundai Venue and Ford EcoSport and Mahindra XUV300, in which the company has given 3 engine options of 1.0-litre 3-cylinder turbocharged petrol, 1.5-litre turbo-diesel and 1.2-litre NA petrol. Is. The ARAI certified mileage of Sonet’s diesel MT model is 24.1kmpl, while the diesel AT is capable of delivering 19kmpl.

Also Read  UP: Under the guise of a burqa, a woman stole expensive lehenga from the shop, theft caught in CCTV, watch video

Honda Cars India launched the Jazz hatchback-based SUV in early 2017. Which was called the Honda WR-V. This compact SUV is doing quite well in the competitive market. The compact SUV is offered with a 1.2-litre i-VTEC petrol and a 1.5-litre diesel engine with 5-speed and 6-speed manual gearbox options. The Honda WR-V is capable of delivering a mileage of 16.5kmpl in petrol and 23.7kmpl in diesel.

Korean automaker Hyundai launched the Venue sub-4 meter compact SUV in India in early 2019. Currently the best selling SUV, this sub-4 meter SUV is based on an all-new platform. In which 3 engine options are available, 1.2-litre petrol, 1.5-litre diesel and 1.0-litre turbocharged petrol. Regarding mileage, the company claims that this car gives mileage of 18.2kmpl to 23.4kmpl.

Also Read  PM Modi in France: PM Modi reaches France, talks with Macro can be held on these important issues

Next on our list of the most mileage SUVs in India is the Tata Nexon compact SUV, which debuted in its concept avatar at the 2014 Delhi Auto Expo. The car is currently equipped with two engines 1.2-litre turbo petrol and 1.5-litre turbo diesel engine. Talking about mileage, this SUV is capable of giving mileage of up to 17 kmpl and 21.5 kmpl in petrol and diesel respectively.

Also read: Your Vehicle Insurance Premium will increase if the vehicle is not driven properly, the new rule is going to be implemented soon

Nissan launched the Magnite sub-4 meter SUV in late 2020. The car is based on the CMF-A modular platform that also underpins the Renault Kiger. The small SUV is offered with two engine options, a 1.0L NA petrol and a 1.0L turbocharged petrol unit. In terms of mileage, its NA engine offers 18.75kmpl, while the turbo unit is equipped with an ARAI mileage of 20kmpl.

Also Read  iPhone 12 came in budget? After the full discount of ₹ 23000, only this price remained

Also read: If the airbag is outside the car, then your vehicle will not be harmed, this feature will work like this