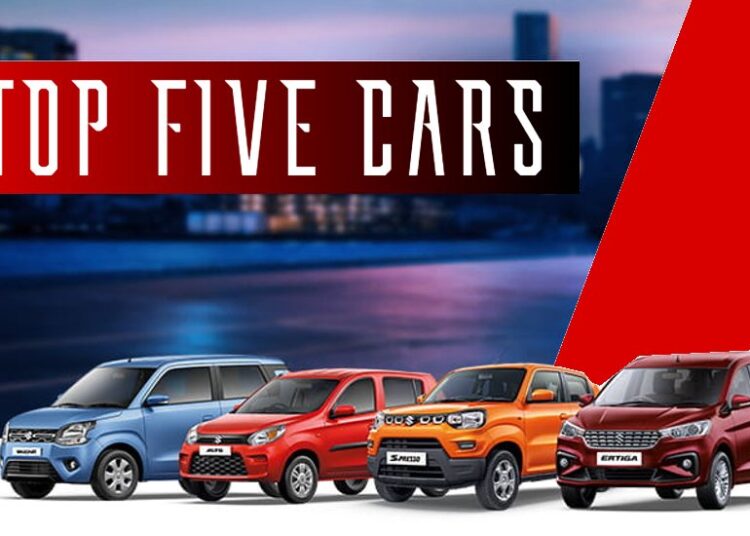 Maruti Suzuki has always been the largest car company in the passenger car segment. Even in the last year 2021, 8 of the top 10 best selling cars in the country have been of Maruti Suzuki alone. In which cars like entry level hatchback Alto to Brezza SUV were included. But models like Brezza and Creta remain out of the list of top 5 best-selling cars and Maruti’s 6-seater XL6 has occupied this list along with smaller cars.

These top 5 best selling cars have registered around 28 per cent share in the passenger car market. Due to low price, better mileage and low maintenance, people liked these vehicles very much and people bought them fiercely. Today we will tell you about the top 5 best selling cars sold in the year 2021. This list of ours will reach the number 1 position through the top 5, so let’s know about those cars-

Maruti Ertiga is the company’s best selling MPV, and it is the only 7 seater car in the country which is also available for sale with CNG kit. On the other hand, the XL6 is a 6 seater car, which is based on the Ertiga itself. However, it has been given a captain seat, which makes it even more premium. Last year, the company sold a total of 1,54,310 units of both these cars, making it the fifth best-selling car of 2021.

The country’s cheapest car Maruti Alto has become the fourth best-selling car in the country in the last year 2021. The company is soon preparing to launch its next generation model in the market. Last year, the company sold a total of 1,66,233 units, which was only 1,54,076 units during the year 2020. Its sales have seen an increase of about 8% in a year. This car, which has always been on top, has now come to the fourth position.

The company premium hatchback car Baleno has performed well in the year 2020. This car is being liked a lot by the people due to the attractive look, strong engine capacity and advanced features. The company sold a total of 1,72,237 units during this period, which is about 12% more than the total 1,53,986 units sold in the year 2020. However, the Toyota Glanza present in the market, which is based on this car, is giving it a lot of competition.

Also read: This SUV from Mahindra went crazy, a full 560% increase in sales

Maruti Suzuki’s famous hatchback car Swift has always been the first choice of people, the company launched its facelift model in the market only last year. Along with the new look, changes were also made in its interior and engine. The company claims that the new car gives more mileage. Last year, the company sold a total of 1,75,052 units, which was just 1,60,765 units in the year 2020. Its sales have seen a total increase of 9% during the year.

ALSO READ  Surat: After the pressure of the traders, the merchant organization in the struggle to open the cloth market

WagonR, popularly known as Maruti Suzuki’s tall boy, has got the most buyers last year. Along with the petrol engine, a total of 1,83,851 units of this car coming with the company fitted CNG kit have been sold, which was just 1,48,298 units in the year 2020. In the year 2021, its sales have registered a growth of 24%. With this, it has become the best-selling car in the country. This hatchback is being liked a lot by the people due to the low price, better mileage and low maintenance.

When the new bride danced fiercely with Nandan, the video went viral on social media

India Post : Job Opportunities for MTS and Other Posts