Three brave sniffer dogs of India returned from Taliban, saved the Indian embassy from many explosions 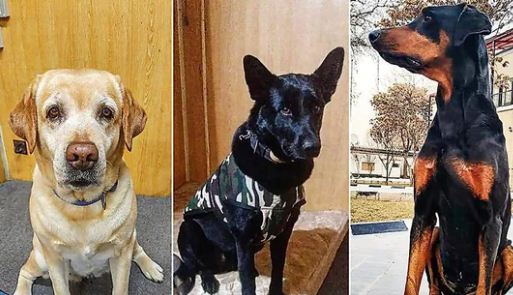 The Indian embassy was saved many times from external threats

In the last four days, the Taliban have taken control of Afghanistan. Fearing the takeover of the Taliban, many people are trying to leave the country as soon as possible. Various countries are trying to get their citizens out of the country as soon as possible by sending their own aircraft. India also airlifted 150 civilians to Ghaziabad by Air Force aircraft. Along with these citizens, ambassadors and staff living in the Embassy of Kabul have also been called back. Including three sniper dogs guarding the embassy. The names of these three dogs are Maya, Ruby and Bobby.

According to news agency ANI, these three dogs were also brought along with 150 Indian nationals when the Indian Air Force reached Ghaziabad airbase on Tuesday. Those who are currently kept in the ITBP camp. These sniffer dogs have helped Indian Embassy security officials many times. If there were explosives near the Indian embassy, ​​they would have sniffed them and immediately caught the attention of the security officials. Whenever they felt any suspicious movement around the embassy, ​​all three were alerted together.

All three dogs were also given very strict training. All three sniffer dogs knew when to bark and when to signal and warn everyone. One night, when a Taliban supporter was making rounds outside the Indian embassy, ​​Maya came to know about this and sat down with her feet touching the ground, which was her code that someone was outside. The security personnel were alerted and they caught the Taliban supporter. All these dogs were with them even when Taliban fighters were standing outside the Indian embassy in Kabul carrying machine guns and rocket launchers. However, those fighters did no harm to these dogs. Rather everyone was playing with him.