by AnyTV
in Latest News, Sports
Reading Time: 3 mins read
0 0
A A 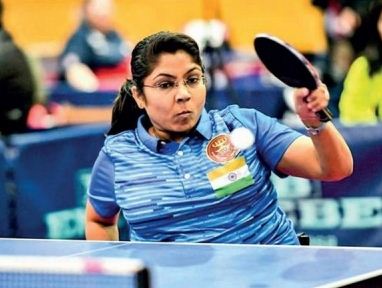 India’s Bhavina Patel won the country’s first medal by winning a silver medal in the final of the Class 4 category of women’s singles at the ongoing Paralympics Games in Tokyo. Bhavina Patel had a chance to win gold, but Patel had to face defeat in front of China’s world number-1 player Zhou Ying. However, despite this defeat, Bhavina has become the first table tennis player from India to win a medal at the Paralympics. On Sunday, 34-year-old Bhavina was defeated 11-7, 11-5, 11-6 by World No. 1 Zhou Ying of China in the final. Bhavina had made it to the final after defeating He Zhang Miao of China 7-11, 11-7, 11-4, 9-11, 11-8 in the semi-finals on Saturday.

Let us tell you that this is India’s first medal in the current Paralympic Games. Bhavina gave a good fight to Zhou Ying in the first game, but the two-time former gold medalist from China did not give the Indian any chance once she regained her momentum and registered an easy straight-game win.

Bhavina Patel of Mehsana, Gujarat could not manage to give a tough fight to world number one Ying in a match that lasted 19 minutes. Ying put pressure on Bhavina from the very first game. Ying won the first game 11-7. In the second game, Ying’s performance was even more impressive and he won the second game 11-5. At the beginning of the third game, Bhavina tried to make a comeback but Ying also won the third game 11-6 to show why she is the number one player in the world.

Thank you for the moments ???? pic.twitter.com/j8GcnHDtDL

Even after this defeat, it was a very important match as Patel lost in straight games in her first match at the Tokyo Paralympics in the group stage. She then not only made it to the knockout stage from the preliminary round after losing to Zhou, but also defeated three strong opponents, including Rio 2016 gold medalist Serbia’s Borislava Peri Rankovi and silver medalist Miao, to reach the final.