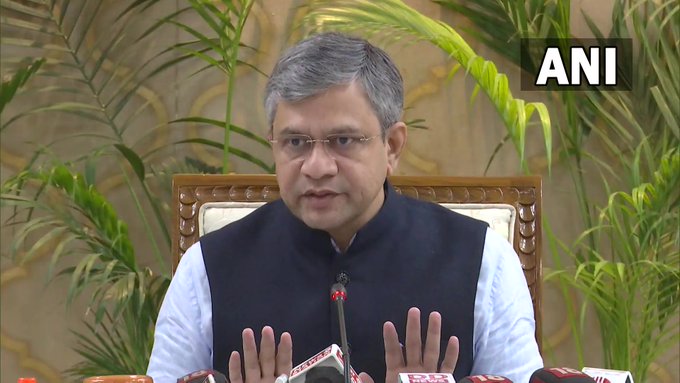 Indian Railways has now made a special offer for the rail passengers. Now a scheme is being started in the country under which any state or person can hire a train and these trains have been named ‘Bharat Gaurav Train’. In order to hire a train, the latter will have to fulfill certain conditions and instead the railways will charge a minimum fare from them.
Let us tell you that the country is currently planning to run 180 Bharat Gaurav trains with more than 3,000 coaches. Railways has also started the process of receiving applications for this from today and they are getting very good response. According to the Railways, Bharat Gaurav trains can be operated by both the private sector and IRCTC. It will also be taken by the tour operator. These trains will be based on a theme depicting the culture and heritage of India, around 190 trains have been designated for this purpose. After passenger freight, one third of trains are going to be introduced for rail tourism.

Announcing the scheme, Railway Minister Ashwini Vaishnav said that the stakeholders would modernize and operate the trains while the railways would provide maintenance, parking and other facilities of the trains. He said that it will not be like regular train service as it is not a normal train service. The main objective of Bharat Gaurav trains is to promote tourism in India. The Railway Minister said that now these trains are being started only from tourist hubs. The Prime Minister said that railways should be linked with Indian culture and civilization, so that railways can be started to show the pride of India. The applications have started from today and these special trains can be operated by any state, individual or organization.
Railway Minister Ashwini Vaishnav said the fare would be decided by the tour operators but no further charges would be levied. The Ministry of Railways will intervene only if the extra charges are levied. Any class of coaches including Tejas, Vande Bharat will be used in these trains. These coaches will be made available based on the demand of the operators. The fare will also vary according to the coach and facilities of the train.

Unique love: To fulfill the last wish of the deceased wife, the husband gave his property worth crores in the name of the government.

The owner of Tata Punch did a unique feat, checked the quality of the car mounted on the roof, know what was the result. Tata Punch Owner is checking quality of roof in a different way | AnyTV News

Blind father in superstition brutally killed son, cut into seven pieces after hitting with an ax

This umpire does the umpire by standing on his head and not on his feet, this umpire is going viral on social media

We will definitely win more medals in Tokyo than in London Olympics: Arokia Rajeev