UP Assembly Election 2022: Angry Brahmins should not shake BJP’s throne, this quartet fielded to get blessings. BJP gave them the responsibility to persuade the Brahmin community. AnyTV News

by AnyTV
in Latest News, Politics
Reading Time: 3 mins read
21 1
A A 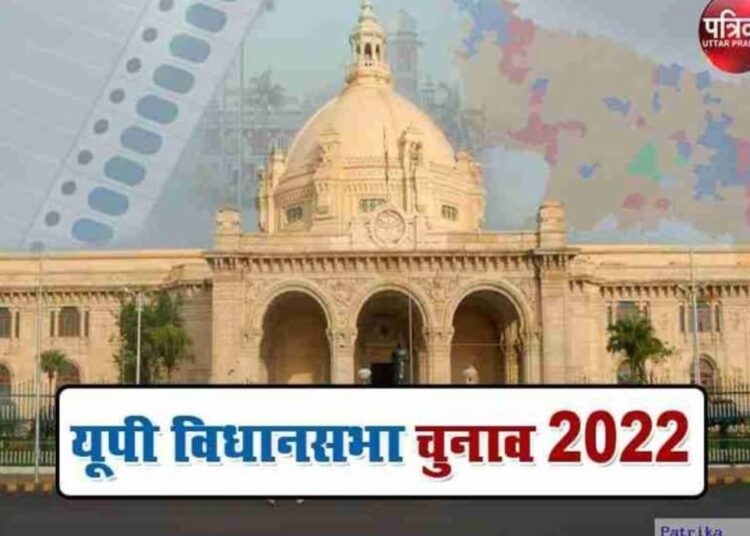 AnyTV News Network
Meerut. UP Assembly Election 2022: In 2017, the BJP government was formed, but the Brahmins did not get any fruit of its grace from the government. Therefore, at present, 10 percent Brahmins of the state (10 percent brahmin) are angry with the BJP. The BJP top leadership also knows that the road to power can be difficult if a Brahmin gets angry. The BJP, frightened by the displeasure of the Brahmins, has now started a round of meetings to celebrate this class.

Also read: In Kanpur division, 22 seats out of 27 are in the bag of BJP, this time the opposition gave this challenge

This quartet of BJP Brahmin leaders is in the fray
The BJP decided to form a four-member committee to woo and woo Brahmins ahead of next year’s Uttar Pradesh Assembly elections. The four-member committee includes “former union ministers Mahesh Sharma and Shiv Pratap Shukla, party leaders Ram Bhai Mokaria and Abhijit Mishra as members of the committee to decide outreach programs to woo Brahmins.” Another senior party leader said that the decision to form the committee was taken in a meeting held at the residence of Union Minister Dharmendra Pradhan.

The leadership of public relations program in all the states is in the hands of Brahmin leaders.
Brahmin leaders of BJP will lead public relations programs in all 403 assembly constituencies of the state. In the meeting, Uttar Pradesh’s election in-charge Pradhan and senior Brahmin leaders of the state party discussed plans to woo the community ahead of the elections. There has been speculation for the past few months that the Brahmin community in Uttar Pradesh is unhappy with the ruling BJP in the state. Sources said that it was discussed in the meeting that while Brahmins are unhappy with the BJP and its government, there may be resentment at the local level due to some administrative reasons.

ALSO READ  Color changing car surfaced, this electric car will turn from black to white in a blink of an eye. CES 2022 BMW unveils car that change color with the press of Button | AnyTV News

Marathon meeting lasted for three hours
“It has been discussed that if there is any resentment, the party leaders should meet the community and their grievances should be addressed at the earliest,” the sources said. Ministers, MPs, MLAs of the UP government attended the meeting held at Pradhan’s official residence here. The meeting lasted for about three hours. Brahmins constitute more than 10 per cent of the total electorate of Uttar Pradesh and their support is crucial for BJP’s victory in 2022. Sources said that UP Deputy Chief Minister Dinesh Sharma, minister in the state government Shrikant Sharma, MP Harish Dwivedi and others attended the meeting. It is learned that Uttar Pradesh BJP General Secretary (Organisation) Sunil Bansal was also present in the meeting.

If 10 percent Brahmin gets angry then there will be trouble for BJP
A section of the party feels that there is a perception among the community that the Yogi Adityanath government has neglected the community. However, another section of the party feels that the community is with the party and the resentment is a product of the opposition parties. In Uttar Pradesh, about 10 percent of the Brahmin population is there. Brahmins have been a big participant in the power of the state. In recent years, there were also reports of brahmins being angry with the BJP in Uttar Pradesh. In such a situation, this meeting taken by Shri Pradhan is important.

Modi’s US visit: Prime Minister has brought these valuable things back to India while coming back

Navjot Singh Sidhu again called himself a contender for the post of CM, said- I will bring Punjab model. navjot singh sidhu introduce himself as punjab cm contender | AnyTV News