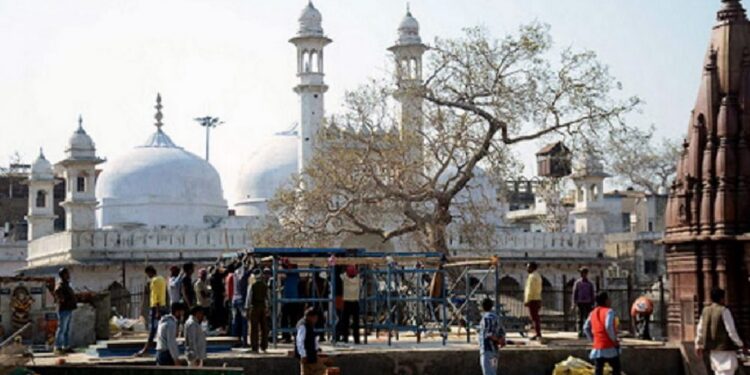 Varanasi/Mathura. Ram temple is being built in Ayodhya. Now people’s eyes are on the Gyanvapi Masjid of Varanasi and the Shahi Masjid of Mathura, which has been hot for the last few days. The reason for this is that both are being claimed by the Hindu side. In Varanasi, the local court also ordered a survey of the Gyanvapi mosque. However, the survey could not be completed. Today the report of the survey done in the court can be presented. Also, the demand of Muslim side to replace Ajay Mishra, the court commissioner responsible for the survey, can also be decided. Talking about Mathura, the Hindu side has demanded a survey of the royal mosque there too. A hearing on this will take place on July 1. The demand for survey of the royal mosque of Mathura claims that it was built by the Mughal emperor Aurangzeb after demolishing the Keshavdev temple built at the birthplace of Krishna.

Whether there will be a survey on Krishna’s birthplace or not, it is still a distant thing. At present, Hindu and Muslim parties are face to face in the court regarding Gyanvapi Masjid in Varanasi. The lawyers of the Hindu side are saying that the court commissioner is not allowing the Muslim side to enter the mosque. At the same time, the Muslim side is saying that all the claims of the Hindu side are wrong and against the law. The counsel for the Arrangement Committee of Gyanvapi Masjid said in the court that Araji No. 9130 is mentioned in the commission proceedings, but the area, mouja, and Chauhaddi are not mentioned in the court’s order. At the same time, he said that those who filed the case have described five kos land and Adi Vishweshwar idol. In such a situation, how far the commission will take action, it is also not decided. At the same time, the Hindu side has not denied the scratching of the available items on the spot with the finger.

On the other hand, the plaintiffs i.e. Hindus say that there is an idol of Shringar Gauri in the mosque. Apart from this, there is more evidence. It is clear from this that the Gyanvapi Mosque was built by demolishing the Adi Vishweshwar temple. The Hindu side also says that the face of the giant Nandi is towards the mosque. The destroyed temple wall is also visible behind the mosque. Also they claim that under the mosque are the basements of the ancient temple. There are also idols in them.