UP: Survey of Gyanvapi Masjid will continue in Varanasi even today, sources claim this evidence of temple found on first day 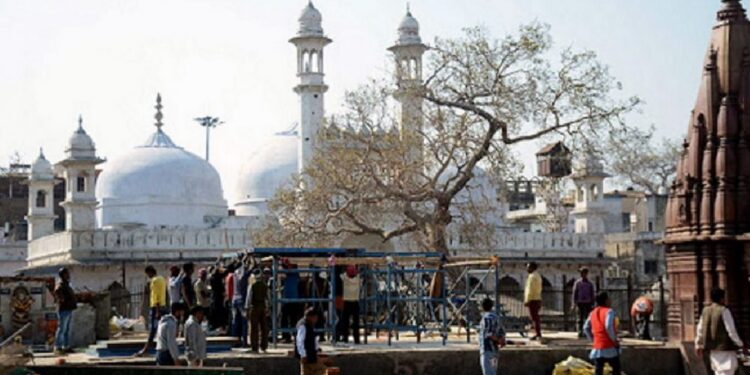 Varanasi. The survey of Gyanvapi Masjid in Varanasi, UP will continue even today. This survey will be conducted from 8 am to 12 noon. Varanasi Civil Judge Ravi Diwakar has ordered this survey. The survey work had started yesterday i.e. on Saturday. Court commissioner Ajay Mishra, along with two of his fellow commissioners, had gone to the basements of the mosque in the presence of lawyers for Hindu and Muslim sides and got video and photography done there. The court commissioners did not tell what came out in yesterday’s survey, but the lawyers of the Hindu side said that they got a lot more than expected.

Also Read  Uttarakhand: CM Yogi will reach his ancestral village Panchur on May 3, did not go home even after his father's death

According to sources, fragmented idols have been found during the survey of 4 chambers of 2 cellars. Apart from this, a very beautiful statue of crocodile shape was also seen. Trishuls were seen on the walls and pillars of the cellars. Here mantras and shlokas were also found on the pillars. Many pillars were broken, but many were also complete. In today’s survey, the team is expected to go to the west side of the mosque. There is an old wall here. On which bell-boots, bells, etc. have been made. The Hindu side says that this is the wall of the ancient Vishweshwar temple. After the destruction of the temple on the orders of Aurangzeb, the Hindu side claims to have built a mosque on this wall.

After yesterday’s survey, however, the Muslim side is saying that the survey team has not found any evidence inside the cellars. They say that they are waiting for the commissioner’s team’s report to be filed in the court. The court has sought a report from the commissioner on 17th. To make the survey fair and peaceful, the police-administration of Varanasi has also made elaborate security arrangements.

Now this is the condition of these IPOs which did amazing this year on the day of listing day, will LIC get rich?

Now this is the condition of these IPOs which did amazing this year on the day of listing day, will LIC get rich?