by Amit Tripathi
in India, Latest News
Reading Time: 4 mins read
161 1
A A 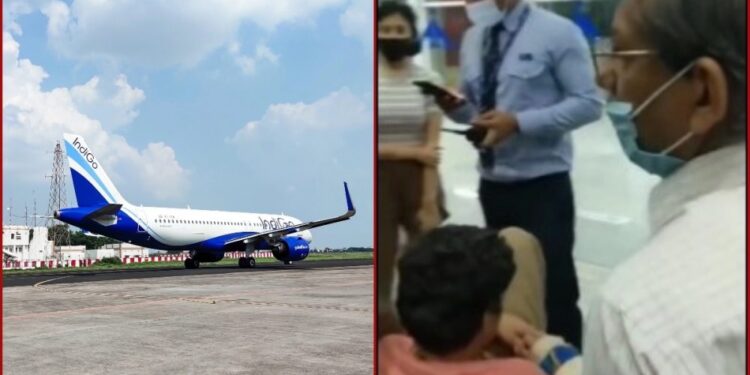 so watch this video

Yesterday an @IndiGo6E staff at Ranchi Airport did this. Shame on you @IndiGo6E,@JM_Scindia @DGCAIndia @PMOIndia
Please take the strictest possible action.#specialneedchild #divyang pic.twitter.com/LpvSnXB8jg

So now if you have watched this video, now let me tell you the whole story literally. Actually, in this video you will be seeing a child, which is being told of a slightly unusual tendency. Keeping this unusual symptom in mind, IndiGo personnel at Ranchi airport refused to let the child board the flight. IndiGo employees said that due to this, other passengers may get into trouble. During this, it can be clearly seen in the video that is going viral that this child is distressed with hunger, thirst and anxiety, but it did not go unnoticed. However, in the meantime, IndiGo personnel make it clear that if the child is not of normal nature, he will not be allowed to board the flight. Until the child starts behaving normally, he will not be allowed to board the flight. During this, a large number of people were present on the spot.

Here is the video of the incident that happened at Ranchi airport where @IndiGo6E airlines denies boarding to a special need child along with his child.
Seems lack of empathy from Indigo staff, not the first time though.
Indigo to issue a statement shortly. @JM_Scindia https://t.co/5ixUDZ009a pic.twitter.com/SyTNgAQIT6

At the same time, other co-passengers get off in support of the child. It is said that if this child travels with us on the flight, then we will not mind it. Besides this, a delegation of doctors was also among the passengers of the same flight who requested the officer to allow the child to travel. But, all the requests and arguments went in vain. The plane took off for Hyderabad leaving behind three passengers including the child and his parents. However, right now the video of the above whole matter is going viral very fast. On which they are seen expressing their reaction in different ways. This video has been shared by journalist Abhinandan Mishra on Twitter.

The airline made the family comfortable by providing them hotel stay,the family flew this morning to their destination. IndiGo prides itself on being an inclusive organisation,be it for employees or customers; and over 75k specially-abled passengers fly with IndiGo every month 2/2

Knowing Indigo, one can guess after hours of fighting, they did some compromise. @DGCAIndia

This is so heart curdling!!

We as parents of autistic daughter can very much relate to it !

Many times we have traveled by air & my daughter has had many episodes like this in airport as well as in flight but always ground & flight crew were helpful !

What if the child turned violent then the same fellow passengers would’ve taken the staff to task . He probably only did what he is allowed / directed to .

Kids Crying Reasons in School: Your child is hesitant to go to school, so these 6 reasons can be